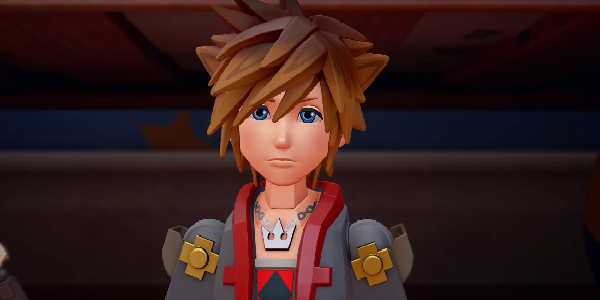 At the D23 Expo Square Enix dropped a brand new 5-minute trailer for the conclusion of Sora’s adventures, Kingdom Hearts III. For the first time in franchise history players will guide Sora & friends through a world based off of a Pixar property – fittingly enough it is based upon the first film to put Pixar on the map, 1995’s Toy Story.

Watching Buzz and Woody interact with Sora, Donald and Goofy is a treat in itself but this new footage has so much more to offer us. Sora using a hand drill to launch spikes out of the ground? Check! Sora piloting two different kinds of toy mecha in a toy store? Double check! Release window?… wait for it!

Yup at the end of the D23 trailer Square drops the bomb KH fans have been waiting for – a “release window” – note, I didn’t say the exact date. We now know that Kingdom Hearts III is intended to be released sometime next year. 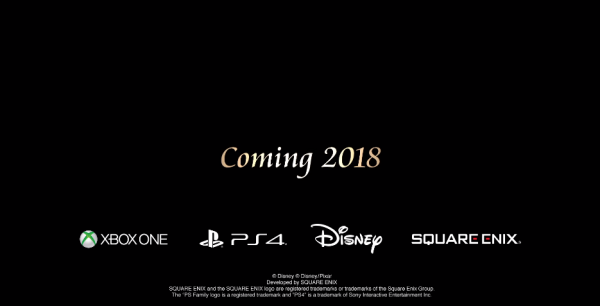 With such a huge event happening, this wasn’t the only Kingdom Hearts related news to drop at D23. IGN.com had a chance to ask long time series developer and KH3 co-director Tetsuya Nomura a couple of KH related questions. The most pressing question asked of him – I feel  – is the possibility of Kingdom Hearts III coming to Nintendo’s widely popular Switch platform.

Here is what Nomura had to say:

“The Nintendo Switch is definitely a very interesting piece of hardware, but if we lightly say, ‘Oh yeah, we’ll be on the Nintendo Switch,’ I’m sure people will come back and say, ‘But what about the PS4 and Xbox One? We want them out first. Don’t focus on other platforms,’” Nomura told IGN. “So for now, we want to focus on what platforms we’ve already announced we’re going to be releasing Kingdom Hearts 3 on. And so after, perhaps, maybe we can start thinking about other possibilities.”

IGN also asked Nomura about the possibility of the previously released Kingdom Hearts 1.5 + 2.5 collection coming to Microsoft’s Xbox One / Xbox One X platforms, so if that is of interested definitely check out their article.

What else is there really to say? I’m super stoked to see Kingdom Hearts III finally be released. As a latecomer to the franchise, I’ve still got quite a few games to beat before I’m caught up – specifically Dream Drop Distance, Birth By Sleep and 2.8: A Fragmented Passage. Despite the fact that it feels like I’ve been writing about this game for years – and I have since its’ 2013 reveal – we might finally get to play the fabled KH3!