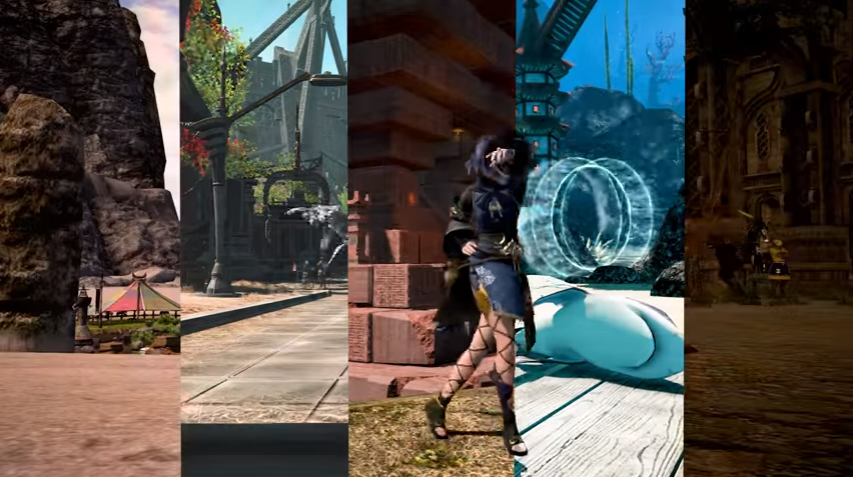 Final Fantasy XIV YouTuber denmomcstronghuge has been publishing videos set in Eorzea for awhile now but his latest work – “Find Your Dance, Eorzea” – is both a stunning tribute to the many different zones featured in the game’s latest expansion and a marvel of editing mastery. It is easy to see why “Find Your Dance, Eorzea” will be appealing to both longtime players, newcomers and even those unfamiliar with the MMORPG.

The video featuring some catchy Japanese Electronica and breathtaking time lapse panoramas as we follow a female Aura through some of Stormblood’s new zones. This is only the tip of the iceberg as to why “Find Your Dance, Eorzea” is such an achievement. Denmo’s seamless editing makes it appear as if the central character of the video is walking in five separate locations at the same time. With everything perfectly synced up the editing work is almost perfection. Throw in some timely musical cues and background dancers and you have a recipe for a piece of player created art that has been viewed over 50,000 times.

I reached out to the Denmo to get some perspective on what inspired this amazing creation. Here is what he had to say about collaborating to create “Find Your Dance, and little bit about the secret sauce that goes into that satisfying editing work. 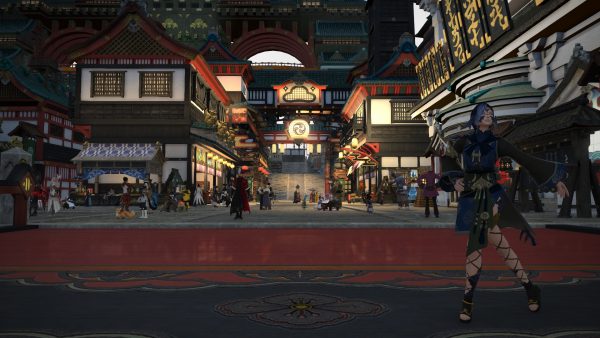 On collaborating with others to create the piece:

“The last part was a call out to friends and anyone who happened to be online and in the same server, yeah.

I’m lucky that I have a patreon discord to turn to, and a lot of friends willing to spread word out and just be there. No matter what it is I’m doing lol”

I asked Denmo about some of the challenges that went into the technical work of syncing up shots from so many different locations. Sounds like it took quite a long time to record the amazing time lapses featured in the video:

“That particular part was, yes heh. Each of those shots flashing by was a time lapse recording that took half a day at least to get.And then because of the method of recording it was, like, each one ended up having slightly different timings as well. It was very difficult to sync up properly.

The other shots done in normal time were much easier to do by comparison, but i’m happy with how it all turned out.”

That ear worm of a song… how did Denmo come to chose it?

“I had no idea what song i wanted to use even as I started recording. so I asked a lot of people for suggestions hehe. A friend picked this one and it just stuck. Had the right feel and everything.”

Finally I took the chance to ask Denmo his thoughts on the recently released Stormblood expansion. In particular I wondered if there was anything that stood out for Denmo from a creative perspective.

“It’s been really good! I’m excited to get my alt leveled up this time and experience the story again. As for content creation, I’m always looking for new ideas that I want to invest time in. The new gpose + actions is really cool and fun to play with.” 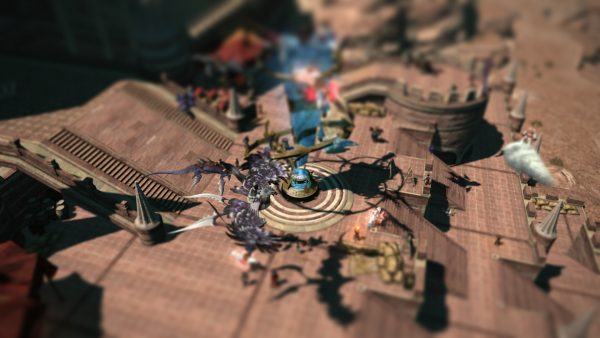 Thank you to Denmo for answering my questions about his latest FFXIV music video for this article. You can watch it for yourself in the embedded player below and while you’re there – perhaps consider subscribing to his channel.  “Find your dance, Eorzea” does come with a photo sensitivity warning as well as a light spoilers warning for 4.0.