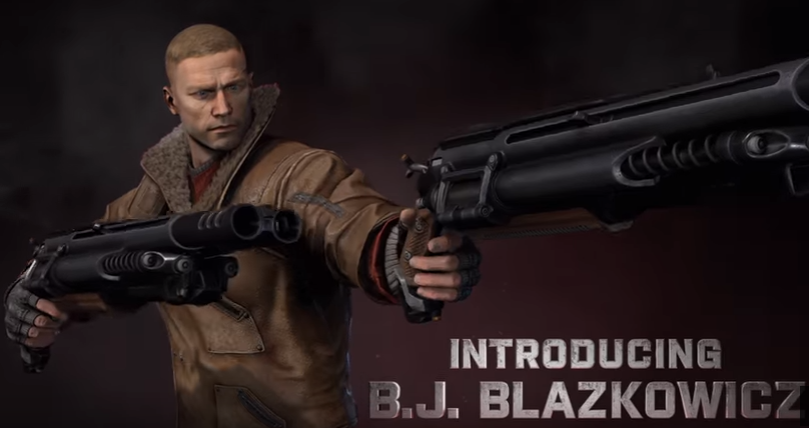 Id Software and Sabre Interactive rolled out a massive patch for Quake Champions that should make returning testers and new players very happy. The E3 patch adds a brand new champion – the nazi slaying B.J Blazkowicz from the Wolfenstein series. Alongside B.J’s debut in QC this patch also adds 3 new maps for various modes, the much requested “custom games” option for parties of players and so so much more content than can fit into a single paragraph.

B.J’s kit includes the ability to dual wield any weapon in the game by using his ultimate ability. While the ultimate ability timer counts down BJ will spawn a copy of whatever weapon he has active. This duplicating effect carries over to any weapons he might pick up while the ultimate is active or have in his inventory. Want to run around with two railguns, killing everyone in sight? With B.J you can!

Here is a breakdown of B.J’s abilities as they appeared in the patch notes:

BJ calls for back-up and answers his own call. Double [censored] weapons, BJ takes turns firing them in rapid succession to lay down some heavy fire, but he will burn through some serious ammo to do so.

BJ can regenerate any damaged health inside one 25 HP block, if he doesn’t receive damage for 3 seconds.

If you’ve got a whole party of friends who want to play a specific mode or map with a different time limit, frag limit or default team size then perhaps the Custom Game mode is for you. Right now the custom game options are quite limited and there is no server browser or matchmaking for custom games. This isn’t exactly a replacement for dedicated servers, for those that care about that sort of thing.

The following options are available for custom games:

Also added in the E3 patch is the ability for visitors to a game to spectate. Friends who join a custom game can either be assigned to either Red or Blue team or in the “Spectator” role. Those in the spectator role can freely switch their camera either from room to room or between players regardless of which team those players are on.

o    Invite friends to your party and drag them to the Match Lobby Spectator Box to allow them to spectate the match.

o   Spectators can press [X] to toggle x-ray outlines to see players locations through walls to help follow the action.

So much more content makes up the large E3 patch than I can cover in one news article – including the three new maps, small bug fixes, a new tutorial system and some menu changes. If you’ve watched the B.J reveal trailer embedded above make sure to head on over to the Quake Champions forums to read the patch notes in their entirety.