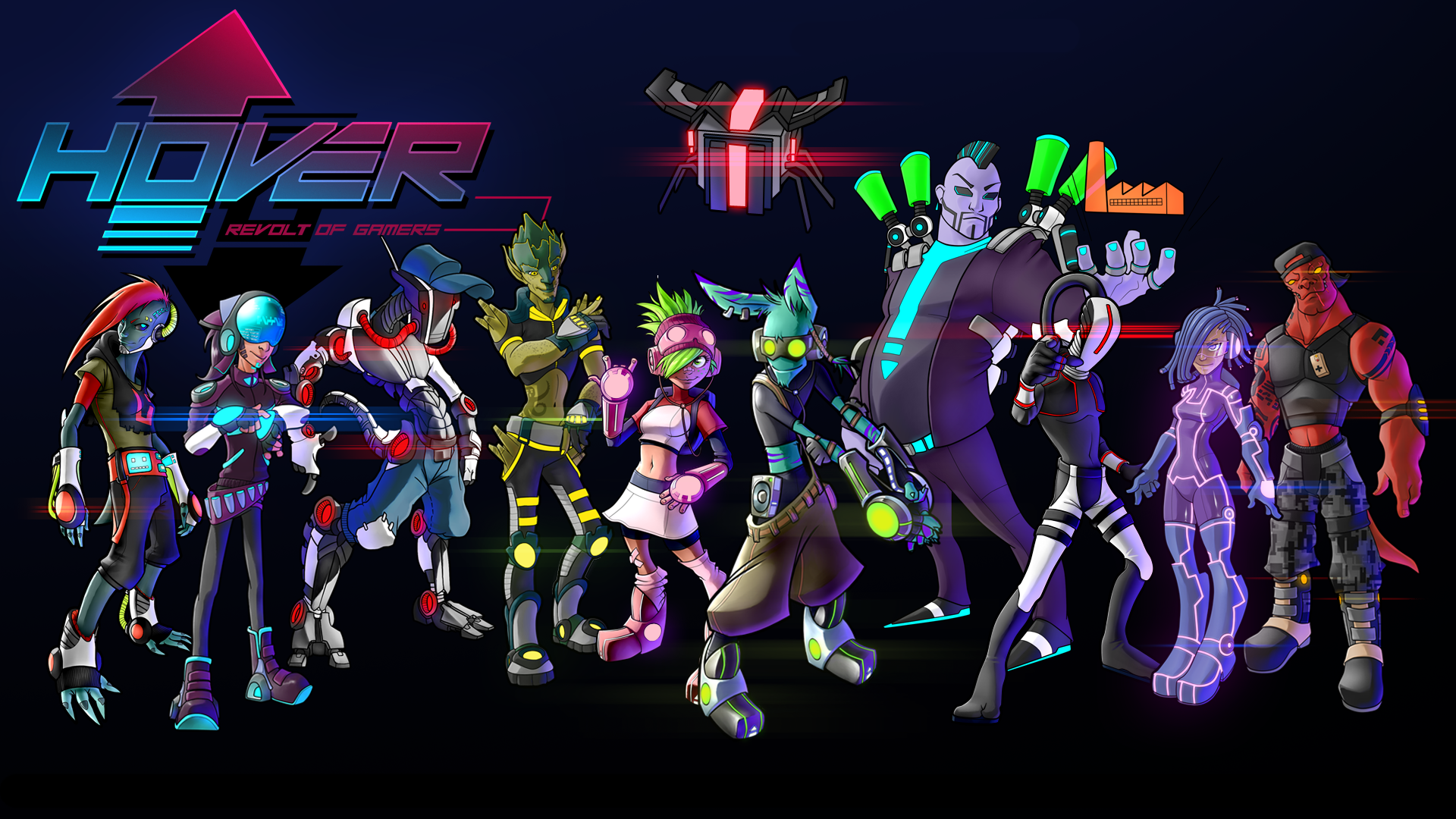 So Hover: Revolt of Gamers is a game Kickstarted in 2014 (remember this) inspired by Jet Set Radio and Mirror’s Edge. While I have zero experience playing the evergreen classic of JSR, I have a lot of respect for the original Mirror’s Edge and a bit of it for its… requel.

Hover starts us off by waking us up in our customizable avatar from a Cloning Vat, and takes us through a short tutorial that gives us the basic controls in a small controlled environment before unleashing us out in the world of Trash Haven, where the “resistance” is led by… gamers. Yup. Because laws have made video games official contraband. Seriously. 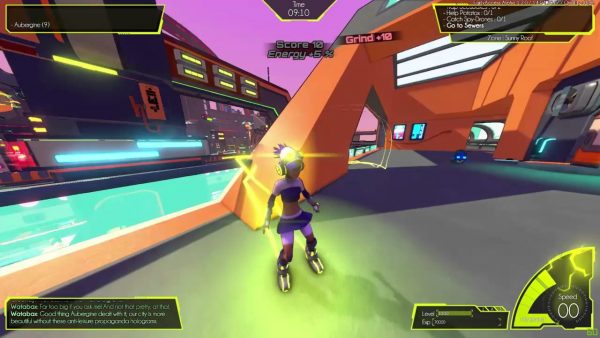 You can find collectibles (like the “Gamegirl” handhelds) or destroy some “anti-leisure propaganda”. The game progresses both to new areas and through whatever story may actually be here through Missions, which are the typical checkpoint-relay variety, or one with the twist of throwing your delivery package “Gameball” at a wall magnet. Added into the mix is the ability to design your own missions for your friends or strangers to play through as well.

Its level design is very cluttered. There are jump-pads that aren’t lined up with anything so you overshoot, there are massive vertical climbs without actually giving you decent pathing to do so. The climbing over terrain itself is quite frustrating, at times I will line up a jump and it’s a coin flip on whether my character will try to climb over the ledge I land on, or instead position to wall jump off of it for no reason (one time I even wall jumped off of a slime waterfall?). These little mishaps will leave you tumbling down, and you either have to spend several minutes trying to climb back up to where you were, or burn through your suit’s “rewind” power (less Braid, and more Overwatch’s Tracer), 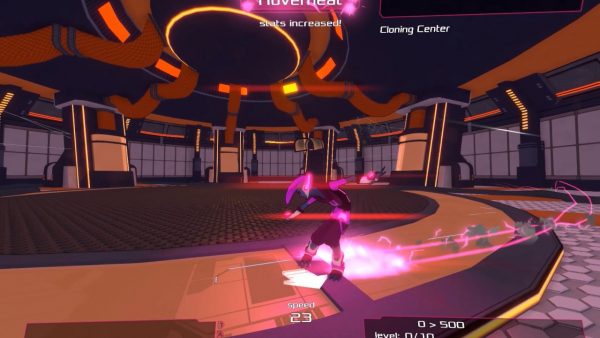 For a first/third person platformer that’s all about parkour and jumping, it feels very haphazardly thrown together in that regard and uses the Rewind to try and excuse its own poor level design with zero regards for consistency or fluidity of motion.

It seems to be more trying to be in your face about “We’re here and we’re gamers” over actually presenting a good product, and considering that it was crowdfunded in 2014 over folks “taking your games away”, it feels very much like at least one of its members was part of the culture that created that other “gamers revolt” in 2014. And really, we don’t need any more of that.

Hover: Revolt of Gamers developer provided Brokenjoysticks.net a code for the game for our consideration & Impressions