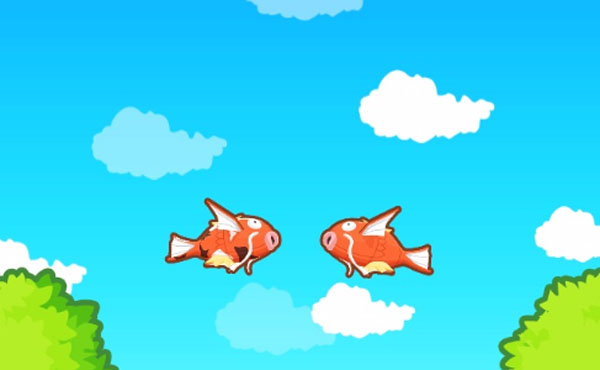 The big N has been pretty consistent with their mobile offerings despite the fact that the majority of them have been developed by third parties. Magikarp Jump is the company’s latest attempt to bring the world of Pocket Monsters to our smart devices and unlike last year’s very faithful translation, Pokemon Go, Magikarp jump knows that it stars a flailing joke of a Pokemon and takes that to its logical conclusion.

Players take on the role of a Magikarp trainer (yes those apparently exist) after stumbling upon a once bustling seaside town whose main source of pride & entertainment are their Magikarp Jumping competitions. Lately, the fish Pokemon has decided that jumping into the air for the amusement of humans is for the birds and now it is up to the player to bring the motivation back to these once floppy fish and restore the town. 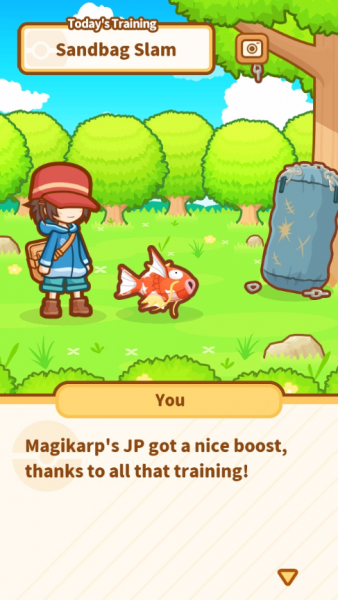 Gameplay in Magikarp Jump is divided into three distinct phases:

Each of these three phases is a core part of maxing out your Magikarp’s “Jump Points”, which determine how far into the air they can fling themselves. In the feeding phase, you simply tap on the food in the stream and the Magikarp will swim on over and eat it up, increasing its JP. In the training mode, your Magikarp will do one of a number of unlockable automatic training sessions that will raise its JP further than food will. “Battles” are probably the most aesthetically pleasing part of the whole process – narrated by commentators and featuring absolutely silly animations of fish flopping on the ground before creating large creators in the ground. Try and watch a Magikarp battle and not crack a smile, I swear it is impossible. 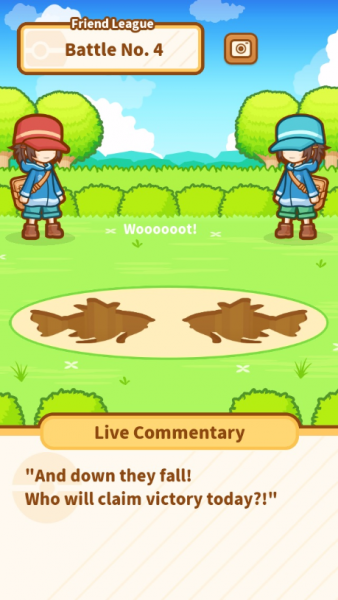 Another win in Magikarp Jump’s appeal over other attempts to bring Pokemon to mobile devices is how this game handles monetization. The amount of Jump Points earned from activities like training and feeding is tied to a percentage, which can be raised using in-game coins. Coins are earned for completing achievements, competing in League Battles and found randomly within the pond gameplay sections. Real world money can be spent on extra items to give your Magikarp that extra % or give the player a number of coins to buy training upgrades but you are always limited by your overall training level which can only be raised by participating in League Battles. Speaking of League Battles these are also locked behind a timer to replenish your total # of attempts. These timers, however, are so small (approximately 30 minutes) that you’ll hardly notice them. To top it all off – all of these optional purchases are capped at $100 USD – lifetime! Meaning you can’t just dump your entire wallet into the game to watch an imaginary fish fly high.

Overall Magikarp Jump is an absolute delight. Whether it’s the nearly fourth wall breaking commentary, the grin-inducing animations of an orange and white fish flopping against a sandbag, the colorful art-style or the sad feeling you get when putting your first generation Magikarp into retirement – Jump is a self-aware and often silly game that never takes itself seriously. It is definitely worth checking out if you are a Pokemon fan – it is currently available in the App Store and Google Play Store.