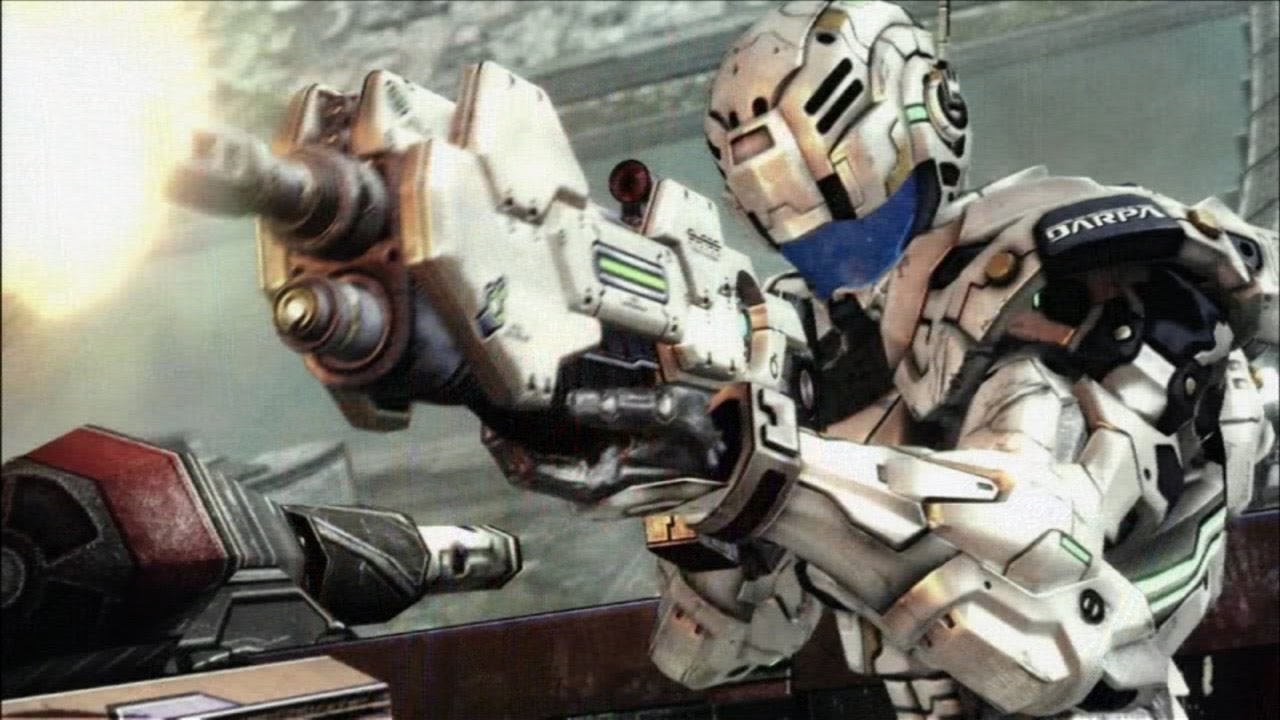 Platinum Games’ hypermobile third person shooter  Vanquish is no longer contained to the Xbox 360 and PlayStation 3 with the release of a Windows PC port on Steam today.  Directed by Shinji Mikami of Resident Evil fame, the original version of Vanquish was released in October of 2010 and was received favorably at the time drawing comparisons to 2D bullet hell shooters.

Set in the near future players take the role of DARPA agent Sam Gideon who pilots a highly advanced Augmented Reaction Suit (ARS) which allows him to enter a bullet time like state when low on health. The AR suit also allows Sam to jet across the map using built-in thrusters and swap between 3 held weapons and two different kinds of grenade at any time. After a Russian space station causes a calamity that devastates the city of San Francisco, which causes DARPA to call in Sam to save key personal and shut down the space station weapon before it can wipe another city off the map.

Supporting features like 4K resolution and an unlimited this version of Vanquish accomplishes technical feats the original just could never do. It is currently priced at $24.99 CDN.