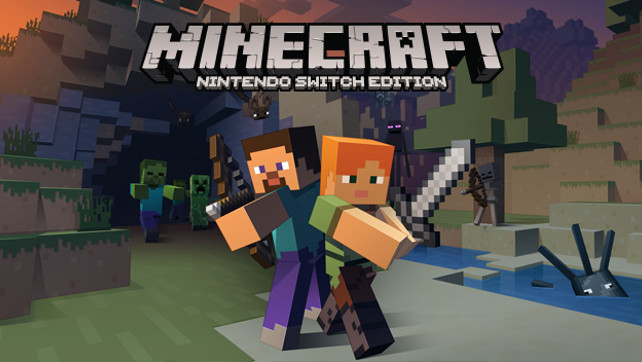 Minecraft: Nintendo Switch Edition – Explore randomly generated worlds and build amazing things from the simplest of homes to the grandest of castles. Play in Creative Mode with unlimited resources or mine deep into the world in Survival Mode, crafting weapons and armor to fend off dangerous mobs. Share the experience with four-player split screen or up to eight players online*. Several fan-favorite add-on packs, including the Super Mario Mash-Up pack, are included in the Minecraft: Nintendo Switch Edition game, available at 6 p.m. PT on May 11 in Nintendo eShop.

Elliot Quest – Elliot can’t die—but he’s still running out of time. In Elliot Quest, the victim of a rare curse must find a cure before he’s transformed into a demon.

After Elliot’s wife disappears, he falls sick and attempts to take his own life–only to discovers that he can’t die. Plagued by nightmares and growing weaker by the day, Elliot seeks out a local Sage, who tells him that he’s the victim of a rare curse. A demon called a Satar is slowly consuming Elliot’s vitality. If Elliot can’t find a cure to the curse before it’s too late, he will become a Satar. His only hope is to ask for the help of one of the island’s Guardians, who have kept the Satar from taking over Urele.

Explore a vibrant open-world filled with hidden secrets and mysterious Guardians that can help cure Elliot’s curse of immortality. Throughout this adventure you’ll collect countless abilities and spells, quest through 5 dungeons and defeat 16 unique bosses along your way to unlocking multiple endings.

NEW from My Nintendo: