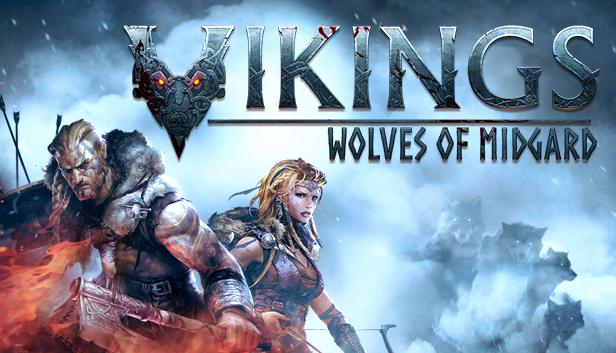 Hack and slash games have been a favorite genre of game of mine for a long time. From Devil May Cry to God of War, they are full of adrenaline-fueled excitement and of course, plenty of action and enemies to slay. The newest to the genre is Vikings: Wolves of Midgard and while this may seem like a Diablo clone ready to be forgotten by time, there is a charm and fun to this game that should be given more than just a quick glance. 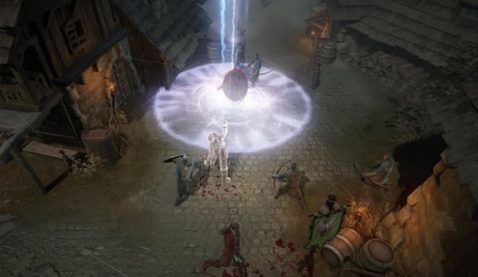 Vikings: Wolves of Midgard has you chose the role of Viking or Shield Maiden and throws you into the world of Norse mythology. From the shores of Midgard you defend your village against Ragnarok itself. The winters are getting colder, and now the Jotan are out and seeking revenge against the gods of Asgard themselves. As part of a band of surviving Vikings, it is up to you to defend your home and survive, even if it means leaving a road of blood behind you. You travel to different locations for various reasons, usually to save someone from your clan or defeat enemies that are threatening your village. There are opportunities to show mercy and gain the help and loyalty of your defeated enemies or completely annihilate them and leave no survivors.

The gameplay is very reminiscent of various ARPG / hack and slash games. You have your basic slow/fast attack and one skill to start out with. Depending on which Norse god you want to focus on, you can choose new skills to use against your enemies or buff yourself. I focused mostly on my favorite Norse God, Thor, and used my skill points to gain new storm and strength-based abilities. 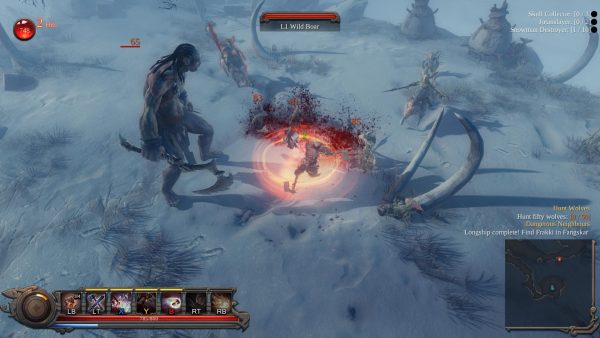 The action is rapid and fast paced, all from the birds’ eye view of a top-down perspective. You make your way through an area, wiping out dozens of enemies and finding the treasure before defeating a boss. I found these boss battles to be the most interesting parts of gameplay. They provided some challenge and I often found myself needing to strategize and find out what abilities to use in particular situations and how the bosses telegraph their attacks – which indicated when they were going to come after me with an attack. While many might not find the enemies to be particularly difficult, I found some battles to be interesting and enough of a challenge to keep me wanting more. After defeating areas, you are treated to more story in the form of a narrator telling you the game’s tale. You’ll then go back to your  village to upgrade your armor, weapons or take on special “Trials of the God”s. 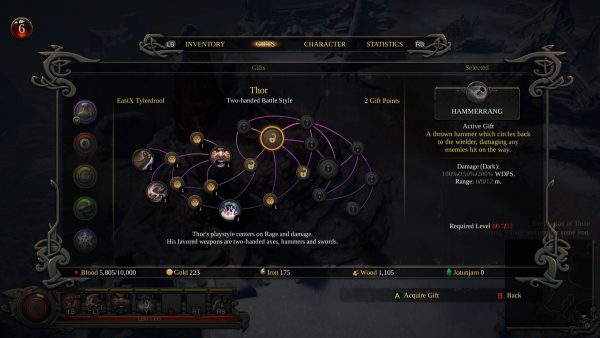 As much as I had fun with this game, I could not help but notice some glaring flaws. Enemies would freeze or not vanish after death, I had gotten stuck in corners of the world geometry multiple times and faced some lag issues as well. I also found it strange that in the main village hub area, there is no alter to level up at and often wished in between areas, I could level up and chose my skills without having to go to my next mission and search for it to progress.

Overall, if you are looking for a fun hack and slash action RPG, this will satisfy your craving. Diablo fans will enjoy the gameplay and the Norse setting and story is fun, if not a bit cheesy in the dialogue at times. Try it out, but maybe wait for a sale to pick it up.Unless you are a huge fan of this genre of game, it may be too repetitive and too buggy to warrant buying it at full price.