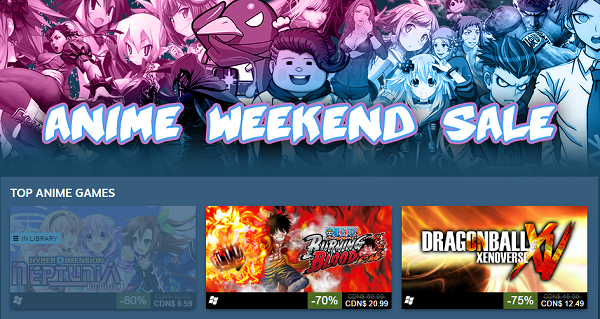 Steam has launched a brand new weekend sale that might prove to be more popular with Anime fans than discount Ramen and a Crunchyroll subscription combined. For the following 72 hours users of Valve’s digital distribution service can save lots of yen (or whatever the local currency of your country may be) on a number of popular anime inspired games and series.

Here is a small sampling of what is on offer from publishers like Namco Bandai, Koei Tecmo, Nippon Ichi Software and Idea Factory International:

There is a lot of variety in the games & series that Valve have chosen to promote. For all of the deals and the prices in your region head on over to this link.