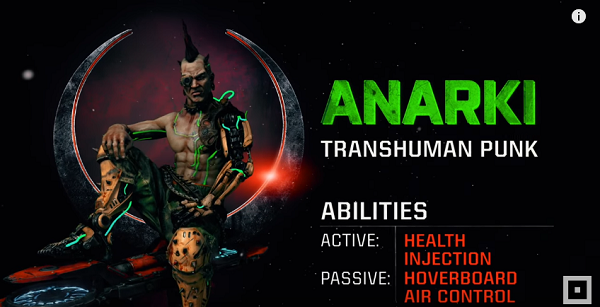 Anarki’s active ability is health injection which allows him to gain a temporary health boost, which would be great to use right after taking a rocket to the fact. His passive, Hoverboard Air Control appears to allow him to traverse small distances on his hover board at an increased speed. Other tactics that might be useful when playing Anarki include rocket jumps, which are featured prominently in this brief one minute introduction trailer.

Hoverboards, surfer slang and rocket jumps – it doesn’t quite get much more 90s FPS – unless you’re offered a Jolt Cola, of course.

Quake Champions will be entering a “rather lengthy” closed beta period soon before being released presumably later this summer for free. Players can sign up for the beta at the game’s official website.