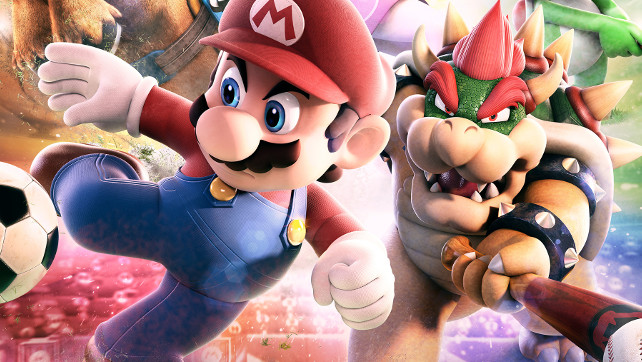 Mario Sports Superstars – In the Mario Sports Superstars game for the Nintendo 3DS family of systems, experience the challenge and depth of five full-on sports – Soccer, Tennis, Golf, Baseball and Horse Racing. Take on friends and rivals in local or online multiplayer, hone skills in training or tackle single-player tournaments. Whether you pick Mario, Waluigi or one of 16 others, you’re on the road to superstardom! (Additional games and systems are required for multiplayer mode; sold separately.)

Has-Been Heroes – Available on March 28, Has-Been Heroes is a challenging and rewarding rogue-like game of strategy and action, featuring a band of old heroes on a quest to escort the King’s twin princesses to a faraway academy. Randomized regions, enemies and a huge pool of unlockables, including 300+ spells, 200+ items, 14 regions and 12 heroes, makes each run unique.