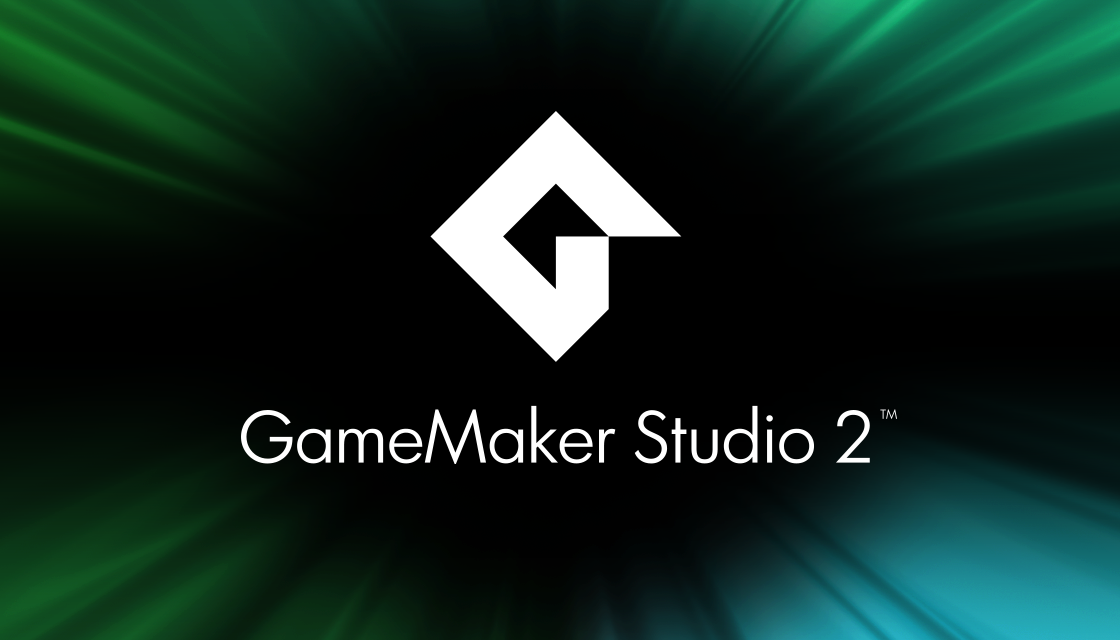 Long since a staple of the ready-made game engine marketplace, YoYo Games’ GameMaker has reinvented itself in recent years after coming under its new ownership. Their recent GameMaker Studio suite got attention by overhauling nearly every piece of the software, turning it from a designer’s prototype plaything into a game engine that could stand on its own. Now, after building up its community and figuring out its development strategy going forward, YoYo Games has announced the second iteration of the remade Studio. We at Broken Joysticks had the chance to sit down with some representatives from YoYo during the Game Developers’ Conference to take a look at an early build of Studio 2 and ask some questions about its new feature set.

We were shown a general overview of the new suite, and ran through some of the additions made since the last revision. The most notable shift was in the supported programming languages, with traditional languages such as C++ and Javascript now being supported alongside the proprietary GML language that the engine originally used. Yoyo Games stated that their intent with this was to distance themselves from the perception of being a walled garden environment and a prototype-only engine. Asked about whether older (Pre-Studio) versions of GML would still be supported in Studio 2, and was told that they would be supported, but are not under active development, and are considered to be legacy code. 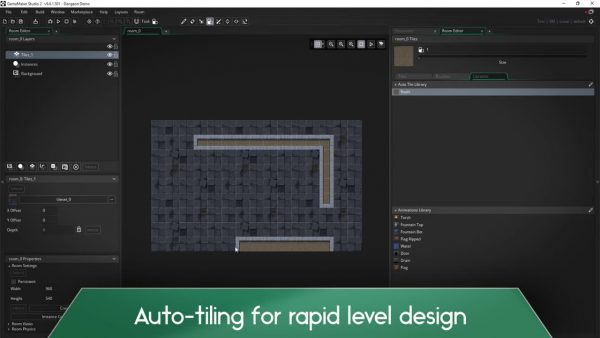 However, GML has been given a facelift in modern times, and it seems to be paying dividends – the new optional graphical interface introduced in the prior revision has received some major additions in Studio 2. For one, code now supports live editing previews, allowing for feature changes without having to recompile the game. We asked about their approach in creating the graphical language, particularly with regards to how they intend to differentiate themselves from competitors such as Unreal Engine 4’s Blueprint language. The representative we spoke with stated that he believed Blueprint to hide too much from the user, and that it tried to be a full scripting replacement, whereas Game Maker’s new system was created with the intention of being a bridge between learning to code and text-based scripting.

The graphical code editor that accompanies GML now includes a full in-engine sprite editor/animator, as well as integration with the Spine sprite animator. The live preview feature also made it over here, allowing users to “draw” over the sprite as it is playing through its animation to allow for easier changes to a whole animation set. 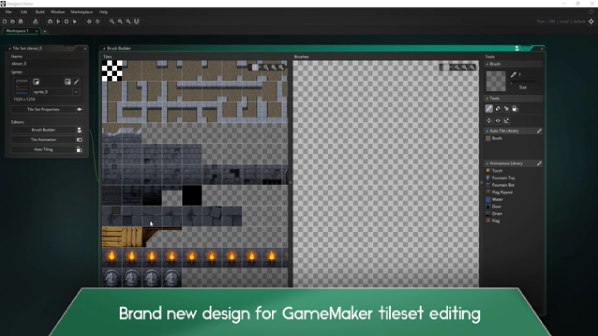 GameMaker’s structural changes include a new page tab system, similar to the layout of most modern IDEs, but the unified function approach of Game Maker allows for better organizing things that would require multiple different programs otherwise, keeping the graphical editor, level editor, and code windows all in the same tabbed interface. YoYo Games also boasted of several technical upgrades, such as GML’s apparent 50% decrease in compile times, DirectX11 support, native Box2D physics integration (As well as a custom solution for water physics), a custom pre-built networking system, archetypal level inheritance, as well as support for in-app purchases and advertisements. While this may not sound exciting to the uninitiated, these are indeed some welcome additions to developers.

One of the most surprising additions to the original Studio was the variety of platforms that games could be exported to, including several niche platforms, making it an attractive option for independent developers who want to support lots of platforms. While Studio 2  does support a few new platforms such as Microsoft’s new Universal Windows Platform and Android TV, several of said niche platforms such as the PlayStation Vita, Samsung’s Tizen OS, and Windows Phone 8 have been removed. When asked about this, YoYo Games stated it was primarily due to developer inactivity, and that said platforms will still be supported in Studio 1.x, but not in any new versions. They did state that MacOS was now a supported platform on which to run the editor itself, however, where it was Windows-exclusive in the past.

Finally, when asked about potential changes to their monetization model for GameMaker, YoYo Games stated that they have no immediate plans to change the current model for the engine which requires a purchase up front for the engine and once again for exporting the final game. They did state that they are toying with the idea of adding certain high-level features as extras in a subscription service later down the line, but that there are no plans underway as of now. As for said initial purchase, Studio 2 will be a separate purchase from the prior version, although existing users will be offered a 40-50% discount on the new version.

These look to be exciting times for the GameMaker faithful as the engine continues to blossom far beyond its roots as a simple experiment program into something that can be a legitimate rival to industry titans such as Unity and Unreal Engine.