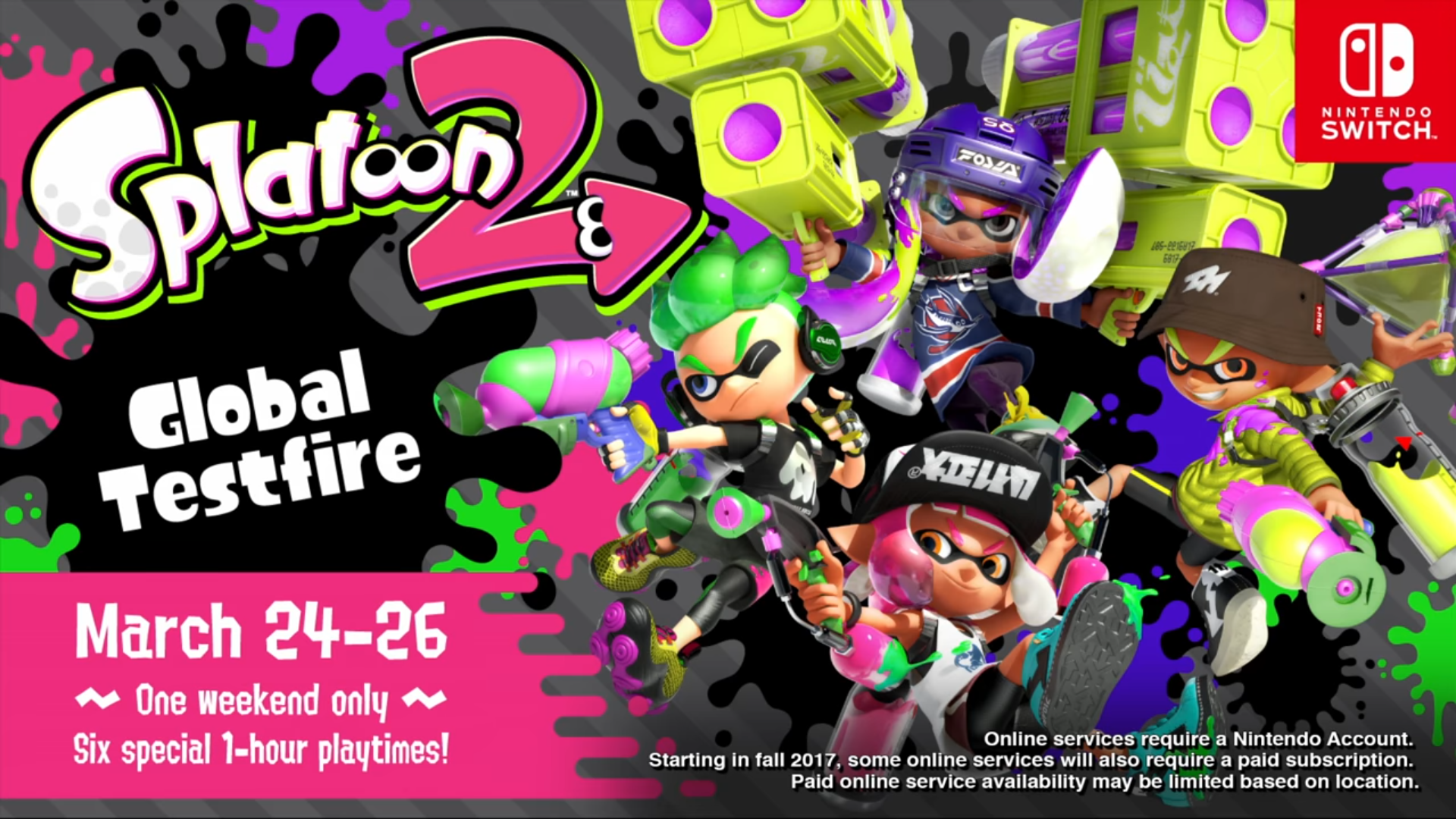 Nintendo will reward Switch early adaptors with a chance to try out this summer’s upcoming Splat Fest Splatoon 2 for one weekend only. After showing the game off during the Nintendo Switch reveal event last month members of the press & public got the chance to go hands on with the game and now the most hardcore Nintendo fans will get a similar chance for three days at the end of March.

Ninty will run 6 hour long Splatoon 2 test fires on the Switch for free on March 24th, 25th and 26th. In a short YouTube announcement trailer Ninty listed the following times for players:

BrokenJoysticks kicked off our coverage of Splatoon 2 with the reveal that the game’s single player will take place 2 years after the original game. The Nintendo Switch launches alongside The Legend of Zelda: Breath of the Wild on March 3rd. 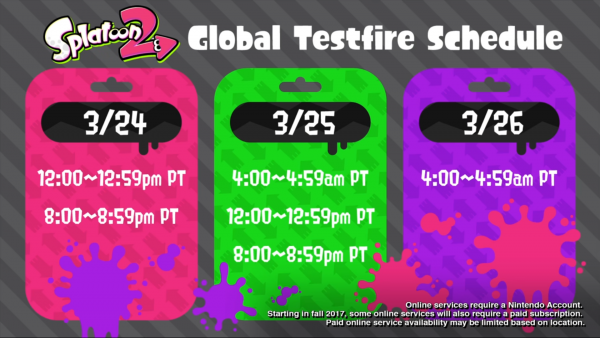