Developing video games isn’t something that I can confess to have a large amount of knowledge about but alas I’ve spent the past year or so learning the basics of Unity 3D and C#. This past weekend I took part in Love Jam, a 72 hour game jam that Simeoens, Mientje and Kenny Guillaume set up to not only celebrate the theme of love but also a friend’s upcoming marriage.

Here is how the organizers described their event:

“A friend of ours is getting married and asked us if we could make a game for the occasion.
Loving gamedev and game jams we said yes without hesitation and agreed to use the first weekend of February to do so.

We didn’t think of it at the time, but we suddenly realized that this is very close to Valentine’s day and wondered if there would be any interest in a jam that had ‘wedding’ as a central theme.

In the end we decided that the concept of a wedding might put off people who don’t believe in the tradition and so decided to extend the theme to love in general, of any kind.” 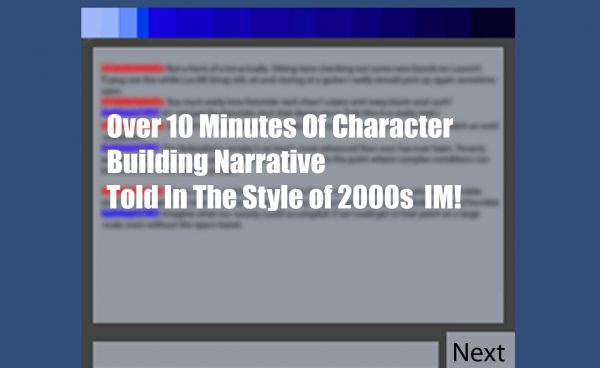 This game jam was the first game dev related collaboration with a time limit that I’ve taken part in and it helped me learn a lot about how to keep cool under pressure during a crunch. I decided to focus on the love of friendship for my entry for Love Jam – which I called Luv.IM. Taking place in a 2000s era Instant Messenger program inspired by the AOL Instant Messenger of yore, it is not only a story of two different people meeting online but also what it is like to discuss the problems that life can throw at you with someone you might not all that well.  I made the submission deadline with only 2 hours and change to spare and an audio glitch caused me to scrap the planned sound effects for this jam, also only after publishing did I notice that some of the texts gets slightly cut off of the screen. *sigh*, I suppose that is the nature of game jams. 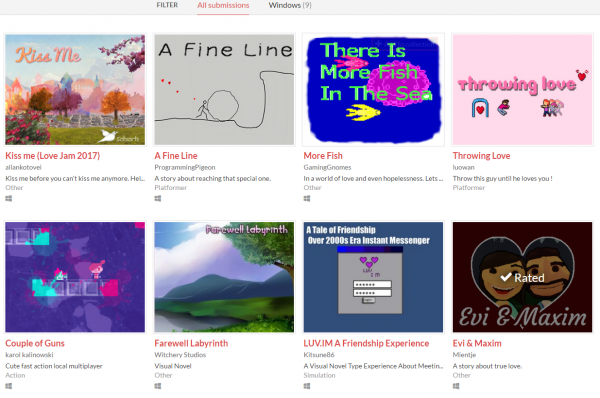 LoveJam saw 10 different entries from over 30 developers. I highly recommend anyone reading this post check out the entries (not just mine) because there’s a little bit of everything on offer from visual novels, to platformers to interactive greetings card – all made in the name of love.