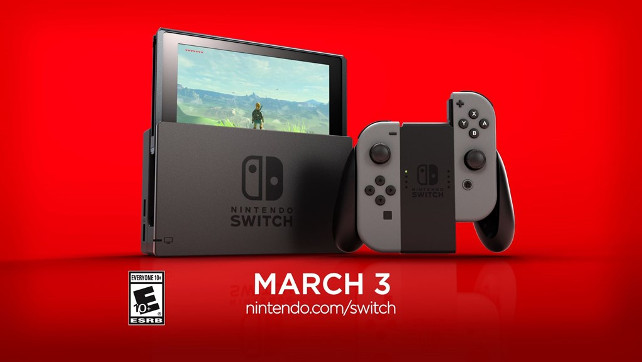 For the first time ever, Nintendo will run an ad during the Super Bowl. While last year’s Pokémon commercial was technically for The Pokémon Company, the 30-second spot is intended to build on the excitement for the upcoming new Nintendo Switch and The Legend of Zelda: Breath of the Wild game. Both the system and game are set to launch in Canada on March 3rd. The ad also features a new song by Imagine Dragons called “Believer.”

The ad is scheduled to run during the game’s fourth quarter this Sunday, February 5th.

The soundtrack to Nintendo’s ad, “Believer” by Imagine Dragons, is available now on iTunes, Apple Music, Google Play, Amazon mp3 and Spotify, and is part of an upcoming new album from the band. This is not the first collaboration between Nintendo and Imagine Dragons, whose members are longtime fans of the video game company and The Legend of Zelda franchise. At The Game Awards in 2014, the band closed the show by performing a medley of music from The Legend of Zelda: Majora’s Mask with veteran Nintendo composer Koji Kondo.

Check out the extended cut of the commercial below. The Nintendo Switch and The Legend of Zelda: Breath of the Wild will be released on March 3rd. The Switch is set to retail for $399.99 CAD.

Tags: Nintendo SwitchThe Legend of Zelda: Breath of the Wild