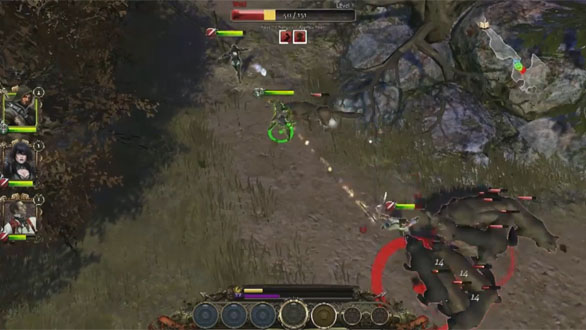 Today, I’m starting a new YouTube series to show off some of the PC titles we tackle. Each video will focus on the first eleven minutes of gameplay. Odds are though if I don’t keep track of time again, there will be tons of additional content as well. This first episode takes a look at Torn Tales, a sort of diablo-esque title that tasks gamers to play as Snow White, Robin Hood, and Dr. Jekyll in a party together.

Yes, I know the music audio and my dialogue are unfortunately at the same level. I’ll have to be sure to correct that in future videos. Or even record a separate dialogue track. Either way, things will improve for future content and I’ll get them as fun and clear as our Twitch streams many of you have been enjoying already.

Our trek with Torn Tales took these three fabled fighters through a forest in this intro area. It sounds like you possibly can find treasure chests along the way, but the only ones I nabbed came from a boss and a group of enemies. There are branching paths though and boy do you need to explore them! I recorded much more than the first eleven minutes, which I’ll be sharing as well, so you’ll get to see me progress along, give up on exploration (and extra XP) only to be in a really tough battle against the second boss of the game which I needed just a touch more power to get through.

That may sound rough, but the developer is listening on the Steam discussion board it seems and updates have been forthcoming. If nothing else, I’d look at Torn Tales as a game you can play all the way through, but it’s sort of like an early access game since changes are on the way. Don’t get me wrong, there’s a good title here I found, and if I could have just DPS’d the Big Bad Wolf a bit more, I’d have beat him on a couple occasions.

Anyway, give it a look at take a gander at the first eleven minutes, of Torn Tales.