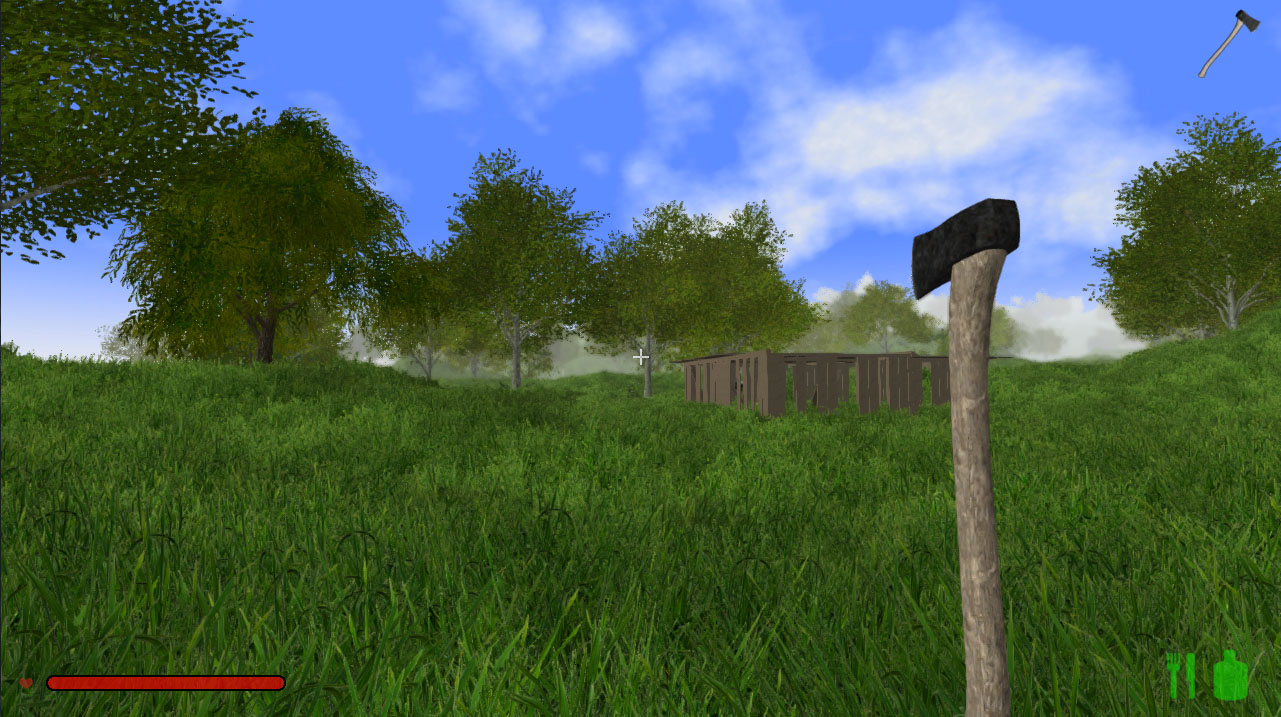 There are tons of Minecraft like titles out there and it’s hard to tell what isn’t just more of the same. Back in the earlier days of the series, many indie titles filled the gap of similar games on Xbox 360 before the titan of voxel building made the leap to consoles. There’s one thing that I always wanted in a game of this type though, and that was smoother landscapes. EverQuest Next: Landmark had a style like that, but unfortunately it seems to have gone through some complex times and won’t be around much longer. However Rising World is in early access and already it’s looking like a wonderful game in this style to play.

The big thing I always wanted out of Minecraft was exploration. In general though, I feel that it’s more about building and online play than really getting out there and seeing the world. Rising World however has given me some neat surprises in my first few experiences that it makes me want to wander. One of the latest updates even adds dungeons! Currently they are just empty ruins to explore, but enemies are on the way. An abandoned shack I found, which is tied to that update, did contain a treasure chest and the remains of a skeleton.

I like that the trees in Rising World use physics as they fall. It’s something nice that has been included in some other games, like The Forest I do believe, but it’s neat to see the tree actually topple and roll down a hill. Then you chop it up into logs and craft them into lumber. With the game having smoother polygonal mesh over the voxel world it’s build upon, everything feels more like an adventure in a non-building first person open world game. But you can indeed build in Rising World as well. 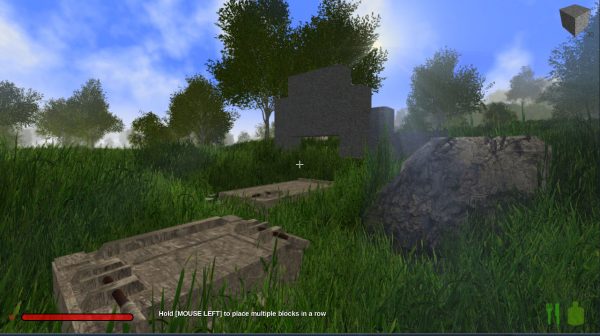 Having only just started the game I’m not too sure about things like smoothing terrain to build a happy little home on. Which of course I’m sure I could just make a block foundation for instead. However Rising World does come with an in game journal to give you some gameplay info as well. It is your usual fare of crafting, building, and the like, but with a more natural looking world and some neat stuff to explore. With a variety of biomes and some neat stuff to create it’s a neat place to let your imagination run wild for awhile. That and the game is still in early access as well so further updates are on the way. You can check out Rising World right now on Steam.

I’m enjoying the single player aspect and from what I’ve heard that’s a favored focus for the game. I have yet to try out multiplayer however.