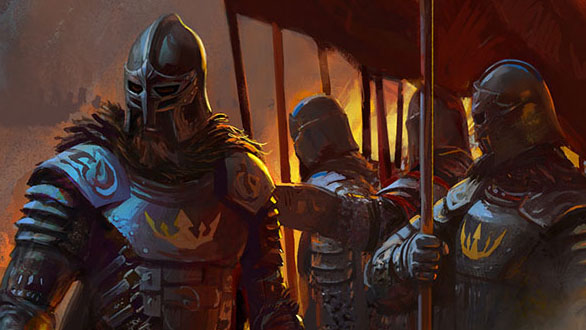 Somehow, as a long time PC gamer, I missed the Exile series. The original top down RPG Exile: Escape From The Pit was released in 1995! Like some of my friends, I’d just assumed that Avernum was a newer series that played off the old retro style of the 90s. In fact, it’s actual a product of that decade, revamped. The original Exile was remade into Avernum in 2000, and then again in 2012. I’m sure there are ways to get the classic version to run just fine, or perhaps it does already, but it’s great to see these titles being updated for current machines but still keeping the wonderful style that Spiderweb Software introduced in 1999 with Nethergate. They sort of have an Ultima appearance and that just adds to the charm. 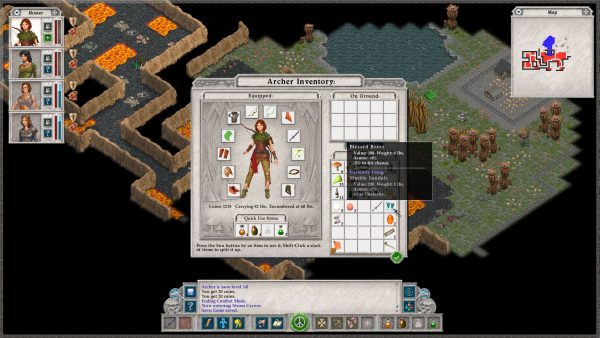 I’ve been playing Avernum 2: Crystal Souls which doesn’t require playing through the original to enjoy. At first I thought it would just be an okay adventure to take, but now I’m completely hooked! The game has a very tabletop gaming aspect to it, including lots of narration text as you wander through the catacombs of the underworld. Avernum is a subterranean land that in a way brings back memories of Ultima Underworld. The setting also adds so much rich lore and interesting locations that it feels like a classic role playing adventure from source books I loved in the 90s. That feeling of leafing through campaign materials is there and it just draws you in even more. Avernum’s aesthetic feels like home. 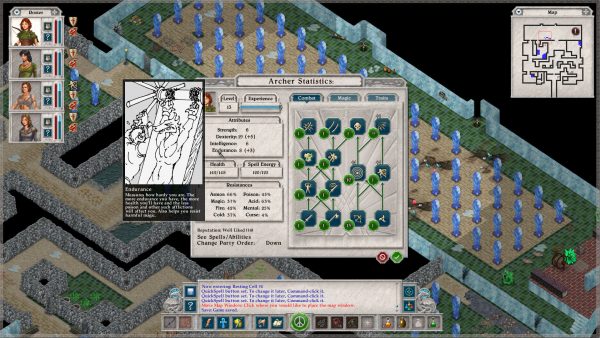 Best of all, I don’t find Avernum 2 to play clunky at all. Back in the day some classic games could be cumbersome. Instead, much of the Avernum setup just flows right along. You’re not scrounging around for items for example. You simply just press a button and you can see what is on the ground around your characters. All that loot and gear ready to be dropped into your inventory should you wish. Combat is straight forward but with a good feeling of tabletop action with a variety of options. The game even features choices so you can either attack that roving band of enemies, or let them wander by… for now. Lot alone more detailed decisions as well. It feels like a role playing session a lot of the time, and that’s what really keeps me playing. 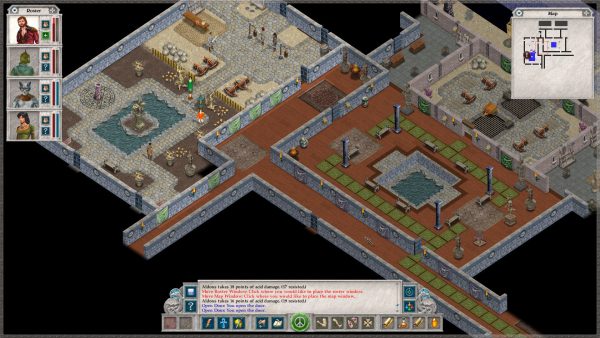 Just today I loaded up the game during my morning coffee like I have lately. My cast of characters, the pre-made ones the game offers you at the start (but you can make your own), were standing outside of one of the main forts at the start of the game. I popped open my quest log and went down the list of tasks I could tackle. We’d already cleared out the brigands from a nearby town in a wonderful battle through their hold. That was filled with exploration and some goodies to find along the way that I still have equipped. So now what? Well, a race of humanoid cat people had built a stronghold to the east and I hadn’t bothered with that quest yet. Why not. To begin with, I had a map on me that indicated a hidden cave entrance and some word scrawled on the page. Exploring to the east I found a hidden passage to the cave, actually discovered by standing near it, and went inside to find another small but elaborate dungeon to explore. Various rooms, some goblin battles, and a triggered trap later, I found a gateway that required a special word to be spoken. Using the one scrawled on the map I was able to wander along into the fort of the cat people. 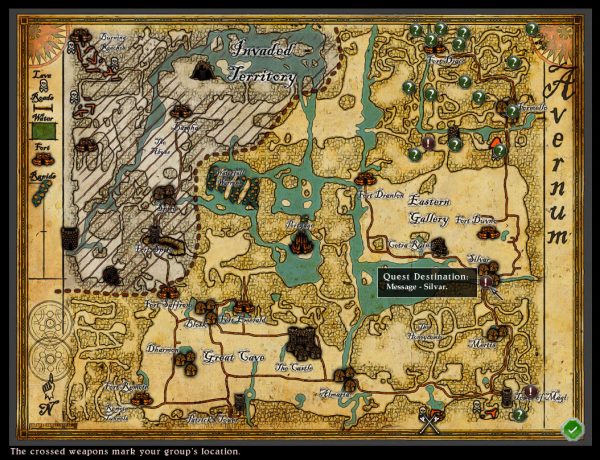 I found myself enjoying the game so much I just had to share about it. You can wander into towns, explore them, read interesting descriptive text along the way to help paint the world of Avernum in your imagination, and even sell some of that loot you discovered. There are people to talk to, quests to undertake, and just so much to enjoy. I’ve only scratched the surface of Avernum 2 and I’ve fallen in love. I grew up playing games like Dark Sun: Shattered Lands and Avernum 2 brings back so much of that role playing experience that I adore. Even better, Avernum feels even more expansive with an overworld map and many areas to wander to. There are lots of games with 3D graphics and modern style, but there’s just something Avernum has that feels better. Even the artwork used when leveling up feels like something from RPG source books. Avernum gets it all right, and it should, it’s roots are in the 90s, and it’s grown into a beautiful series with many additional titles from Spiderweb Software using a similar engine.

There’s even a demo for Avadon: The Black Fortress on Steam. So don’t just take my word for it, give it a whirl. Spiderweb Software does have an official website if you’d prefer to buy from the creator and support these games directly.