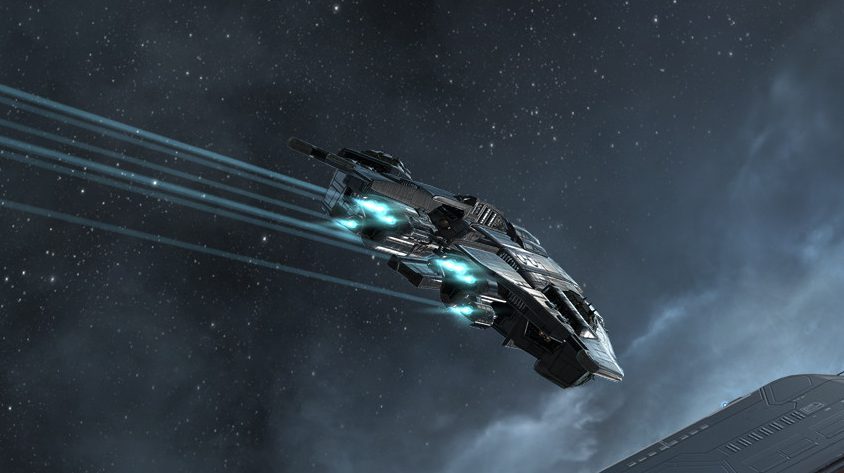 It looks like the developers of popular MMORPG EVE: Online and the in-universe VR flight title EVE: Valkyrie might be entertaining offers from unknown 3rd parties interested in buying up the company from its current owners Novator Partners & General Catalyst Partners LLC. Supposedly CCP has been valued as high as $955 million US dollars, making the potential acquisition one of the highest in recent years.

All of this comes from unnamed sources cited by the reputable Bloomberg News Service but no official confirmation has been made by CCP, their owners and any potential buyers are not yet known. The last time a value for CCP was publicly disclosed was back in November 2015 when $300 million USD was raised from current stakeholders Novator Partners Inc. More than a year ago CCP was appraised at 1/3rd of its estimated current value, $330 million USD.

On the official EveOnline reddit /r/EVE players voiced their concerns about a potential buy-out by a larger corporation or publisher. Some worried that if CCP ends up being sold that the transaction would negatively impact the development of EVE Online and related titles. Other opined that CCP being purchased could end up just as negative as Electronic Arts’ acquisition of Mythic, a company that EA later shuttered after cancelling Warhammer Online.

“The company that purchases EVE might be hoping to make it oriented for the type of market / store they are involved in, which would affect all future development. It would likely be with the intention of exploiting it to their advantage in the short-term future, since even assuming long-term interest for EVE remains the same, it would take decades to get a return on it.”

While wiiki24 drew comparisons to the aforementioned Mythic acquisition:

“Just to point out, Mythic had bitten off way more than it could chew with Warhammer. They were out of money, and they had to sell, or the company never could have lasted as long as it did.

The ironic part was the EA suits buying into the Mythic guy’s promises to be able to make a WoW competitor in three years. Why anyone ever believed that is beyond me, since that’s pretty much impossible (9 women can’t give birth to 1 baby in a month), but they did.”

Still others like Leshoyadut maintain that EVE Online has been a stable niche product for over 13 years now and to expect huge changes would be messing with a successful formula:

“ Also, much as EVE has a niche market, it’s still a long-term money maker. It’s been making money for 13 years, and recently had a pretty positive reception of F2P, meaning its slow decline has been pushed off by probably at least another couple years on top of whatever life was already left (assuming alpha players keep coming at a moderate pace in the months ahead).

For all that CCP doesn’t have a huge market, it’s actually pretty successful.”

Personally I feel like the release of the latest expansion EVE Online: Ascension has provided CCP with a lot of positive press and visibility over the past couple of months. With the introduction of free-to-play Alpha Clones and concurrent player numbers their highest in three years it is no surprise that larger companies & publishers might be submitting purchase deals to CCP. Also just because CCP’s owners have offers on the table doesn’t necessarily mean that they will sell the company, failed mergers & business deals happen all the time.