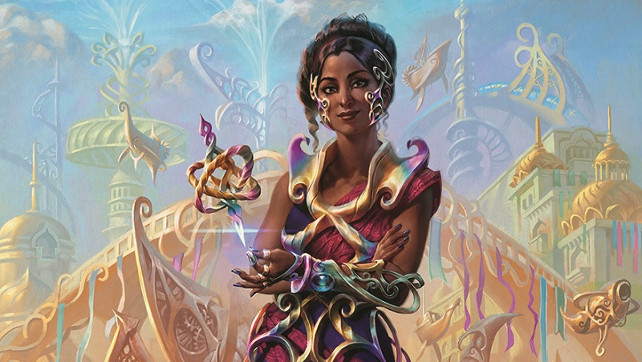 The next update for Magic: The Gathering – Puzzle Quest is scheduled to go live tomorrow, and from the post on the developers blog it looks like it’s going to be a big one.

With the game hitting its one year anniversary, this new update will include the addition of cards from the Kaladesh expansion. The Kaladesh expansion adds 184 new cards to work with and now lets you battle with vehicles, massive constructs and harness the plane’s energy to gain the upper hand on your opponents.

This expansion features 4 brand-new mechanics: Energize, Overload, Fabricate and Crew. Energize and Overload go hand in hand. When a card performs Energize, it adds Energy to gems on the board. By itself, Energy doesn’t do anything, but when you match gems that contain Energy, ANY card you control on the battlefield with the Overload keyword will activate and the Energy is then removed from the matched gems.

There are also a bunch of events planned with the update to version 1.9.0. The full list of events can be read in the official release update.

The Kaladesh update will have a several special offers, including brand new Planeswalkers, Mythic cards and special bundles. Chandra is back in Kaladesh – and stronger than ever. Plansewalker Saheeli Rai has also been tweaked, details of which can also be found at the above link.

Check out a video preview of the update below. You can also check out our review of Magic: The Gathering – Puzzle Quest here.