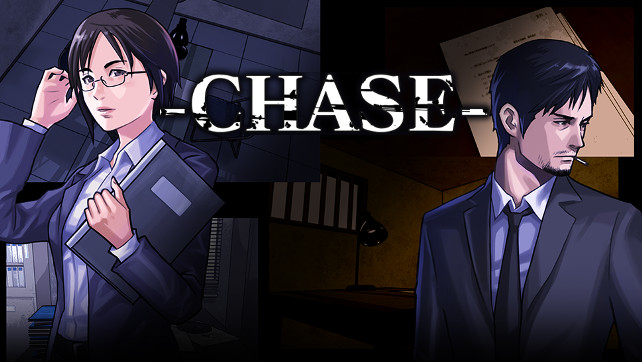 This is going to be a quicky review, which is appropriate because the subject of this review is a quicky game. While Chase: Cold Case Investigations ~Distant Memories~ is listed as a puzzle adventure game, is really isn’t either. Chase is a very linear visual novel game with very limited interaction coming from the player. It’s mostly a visual novel with the illusion of choices.

The game takes place at the Cold Case Unit of the 3rd Tokyo Metropolitan Police Department. Two detectives work in the cold case unit that never steps outside. One is an eccentric, Shounosuke Nanase, and a self-proclaimed elite, Koto Amekura. Wasting away their hours with nothing to do was a regular occurrence, when suddenly they received a phone call.

An explosion that took place 5 years ago. “It was not an accident. It was murder.” A suspicious phone call from an unknown caller spurred them to re-investigate a cold case with no leads whatsoever. Was it really a murder case…? Interviewing the young man who caused the explosion was as good a place to start as any. “If the probability is not zero, then that means there’s a possibility!” 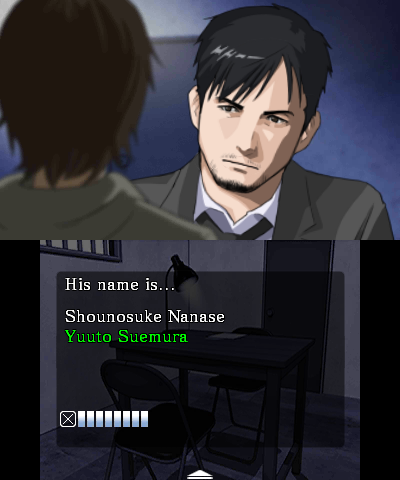 The case that had been ruled only an accident but now the pair will CHASE down the truth.

I think that “Chase” is a nice play on words, which I initially thought was a play on the name of the main character in the game. Unfortunately all of the characters have their original Japanese names in tact. Ordinarily that would be a good thing, but I’ll admit that endless reading of text with all unfamiliar and long Japanese names just makes it hard for me to keep my head around who is who.

Also the characters don’t really “chase” anyone as the entire story and game takes place within a single room. Not that that fact is really a bad thing either. 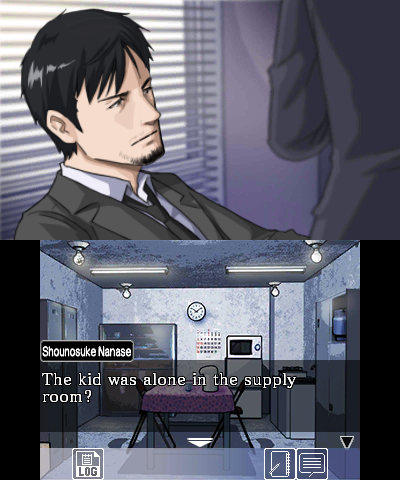 During the course of the interrogations between the two detectives and the persons who are being investigated, at times the player is presented with a multiple choice. This happens while the detective is talking to the witness. You’ll have to offer up a fact, which was discussed earlier between the two detectives, to the witness. If you choose the fact correctly the game continues on. If you get it wrong too many times you’ll get a game over and will have to retry from a predetermined point in the interview.

You can save at any time.

It’s odd that even when you have a choice between two options you will be given multiple chances to get it right before triggering the game over. A game over screen at all in what is essentially a visual novel seems odd. At one point later in the game when you are analyzing a photo you are given one chance to tap the photo to identify something. If you tap wrong you get a game over screen. This seems pointless as you can retry and the game reloads right before that point. It’s more bothersome than anything.

One thing that I did like is that the characters in the game are animated. Rather than just stationary images they actually move. The characters move slightly while they breathe, tilt their head, blink their eyes, and more. It’s a small touch but really made it feel like it was an animated story. The overall art of the game was also done well and the music accompanying the game is both fitting and effective.

The game is very short. In fact when I thought I was at a turning point in the game, where things seemed all wrapped up, a new angle opened up. I thought that it was advancing to the next part of the story but the game abruptly ended. There was no indication that this was “chapter one” so I’m a little amiss of whether or not there is more coming. A sequel perhaps?