While the price and launch details for Nintendo’s newest console aren’t planned to be revealed until the new year, Toys’R’Us Canada may have just let the pricing details slip early

A product listing (which has been since taken down) appeared on the Canadian retailer’s website Sunday which had the price for the Nintendo Switch listed at $329.99 CAD. The price, if accurate, gives the Switch a solid launch price and highly competitive to the Xbox and PlayStation.

There are still no details on launch titles and the Nintendo Switch price has yet to be officially confirmed. Nintendo’s Switch presentation will take place on January 12th, 2017. 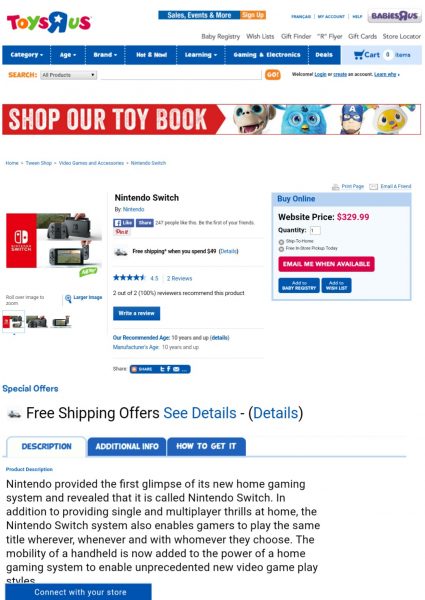