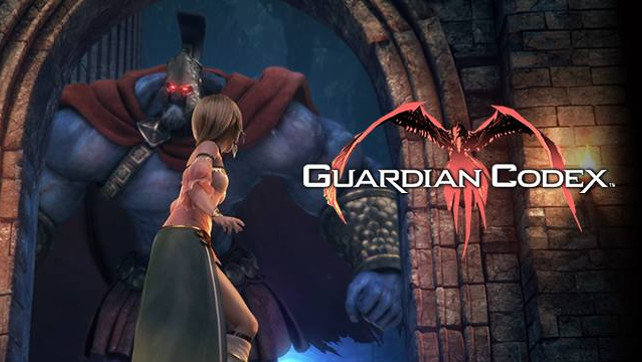 Square Enix has announced a new free-to-play RPG for mobile devices. Fans of multiplayer mobile RPGs will soon be able to experience a new and futuristic twist to the genre with Guardian Codex.

Guardian Codex is a new free-to-play RPG for iOS and Android devices featuring a deep story, console-quality 3D graphics, and an engaging multiplayer battle system. The game has been created by the team behind the popular card battle games Guardian Cross and Deadman’s Cross, which have surpassed eight million combined worldwide downloads. Guardian Codex brings players into an exciting new world featuring the familiar “Guardians.”

In 2030, the world is split between the Empire and Resistance forces. Players will venture into the “Codex,” a virtual world, with the mission to find the legendary—and presumed extinct—Guardians.

Potential players who pre-register for the game can receive various in-game rewards, including the 4★ Banshee if pre-registrations reach 100,000 or in-game coins that can be used for in-game lottery draws and replenishing stamina. Additional rewards will be added as more players pre-register.

The game will be free-to-play and include in-app purchases.

Check out the trailer below as well as some screens for the game. The game is scheduled to be released in the fall.