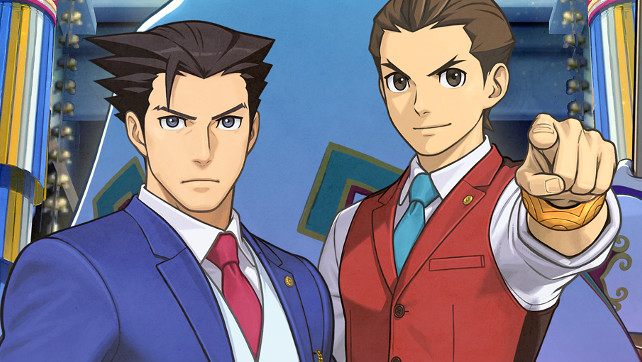 Phoenix Wright: Ace Attorney – Spirit of Justice – Court is now in session! Join new characters and returning favorites like Phoenix and Maya to solve puzzling mysteries and watch this new courtroom drama unfold. With the touch features of the Nintendo 3DS system, exciting investigative techniques are at your fingertips, like exploring crime scenes and dusting for fingerprints. Click here to view the trailer.

Super Castlevania IV – Are you brave enough to take on this spooky Super NES classic? Take up the legendary whip, Vampire Killer, and tread through Dracula’s Castle as the famous Simon Belmont. Defeat ghastly ghouls, goblins and other monstrous creatures in 11 stages of treacherous chambers and dark caverns before facing the Prince of Darkness himself. [ NEW Nintendo 3DS Only ]

Jotun: Valhalla Edition – From Thunder Lotus Games, Jotun: Valhalla Edition is a hand-drawn action-exploration game set in Norse mythology. You play as Thora, a Norse warrior who died an inglorious death and must prove herself to the Gods to enter Valhalla. Jotun: Valhalla Edition features Valhalla Mode, a boss rush mode with even fiercer versions of the already challenging jotun. Exclusive to the Wii U version, the map is always displayed on the GamePad controller, and God Powers can be activated using the touch screen. The game launches on Wii U first, and its GamePad features make this the definitive version. Click here to view the trailer. Jotun: Valhalla Editionis part of the Nindies Summer Jam promotion, with a special introductory price through 8:59 a.m. PT on Sept. 16.

Mario Strikers Charged – In this action-packed Wii soccer game, battle in 17 interactive stadiums using MegaStrikes, Super Abilities and Skillshots to devastate the competition. Charge the ball to increase your chances of scoring, and use the Wii Remote controller (sold separately) to flatten foes and defend your goal. Wreck havoc on the field solo or with four players locally (additional controllers required for multiplayer mode; sold separately).