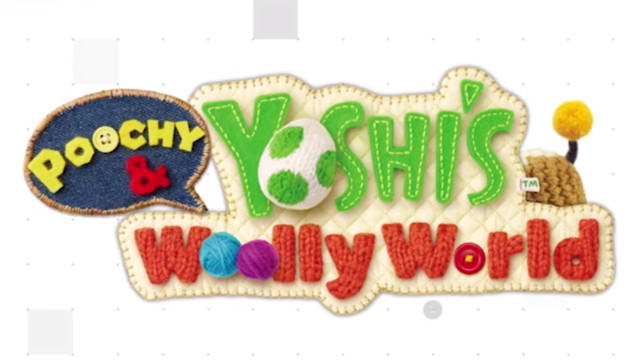 In one of two announcements of Wii U games making their way to 3DS, Yoshi’s Woolly World is coming to the portable platform with a new experience.

Called Poochy & Yoshi’s Woolly World, this version of the gorgeous Wii U game contains some new features, plus every stage available in the original.

The new and exclusive new stages focus on Poochy. Players must time Poochy’s jump to collect beads, and Poochy Pups as they head for the goal. Poochy Pups are curious little helpers who jump on suspicious spots to indicate where players should look for secrets and collectibles.

Nintendo and Japanese stop-motion animation studio Dwarf are collaborating on 30 animated shorts featuring Yoshi and Poochy that will be included in the Nintendo 3DS version of the game.

A new yarn amiibo figure of Poochy will launch at the same time as the game when it is released on February 3rd, 2017.