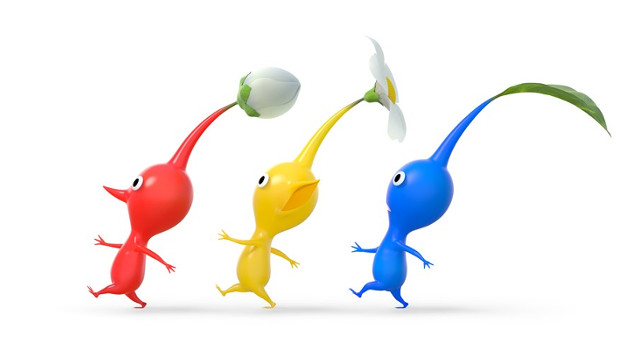 Pikmin was one of those odd little games when it was first released for the GameCube but has gained something of a cult following. To be honest I’ve never played a full run through of any games in the series, though I’ve watched plenty of playthrough.

And I did get to see and play the Pikmin attraction in NintendoLand.

The series has been a mainstay on their home consoles, now Nintendo has announced that the franchise is coming to the Nintendo 3DS in 2017. The game, which has yet to be given a permanent name, is a new side-scrolling adventure game unlike Pikmin games of the past.

Pikmin follow Olimar around, and players tap the touch screen where they want to throw them. This is designed as an action game that makes players think fast and use every Pikmin to overcome anything that stands in their way.

The game looks and feels similar to the way the old Lemmings game played, except with a little more control over the Lemmings, or Pikmin if you were.

The game is scheduled to launch in 2017.