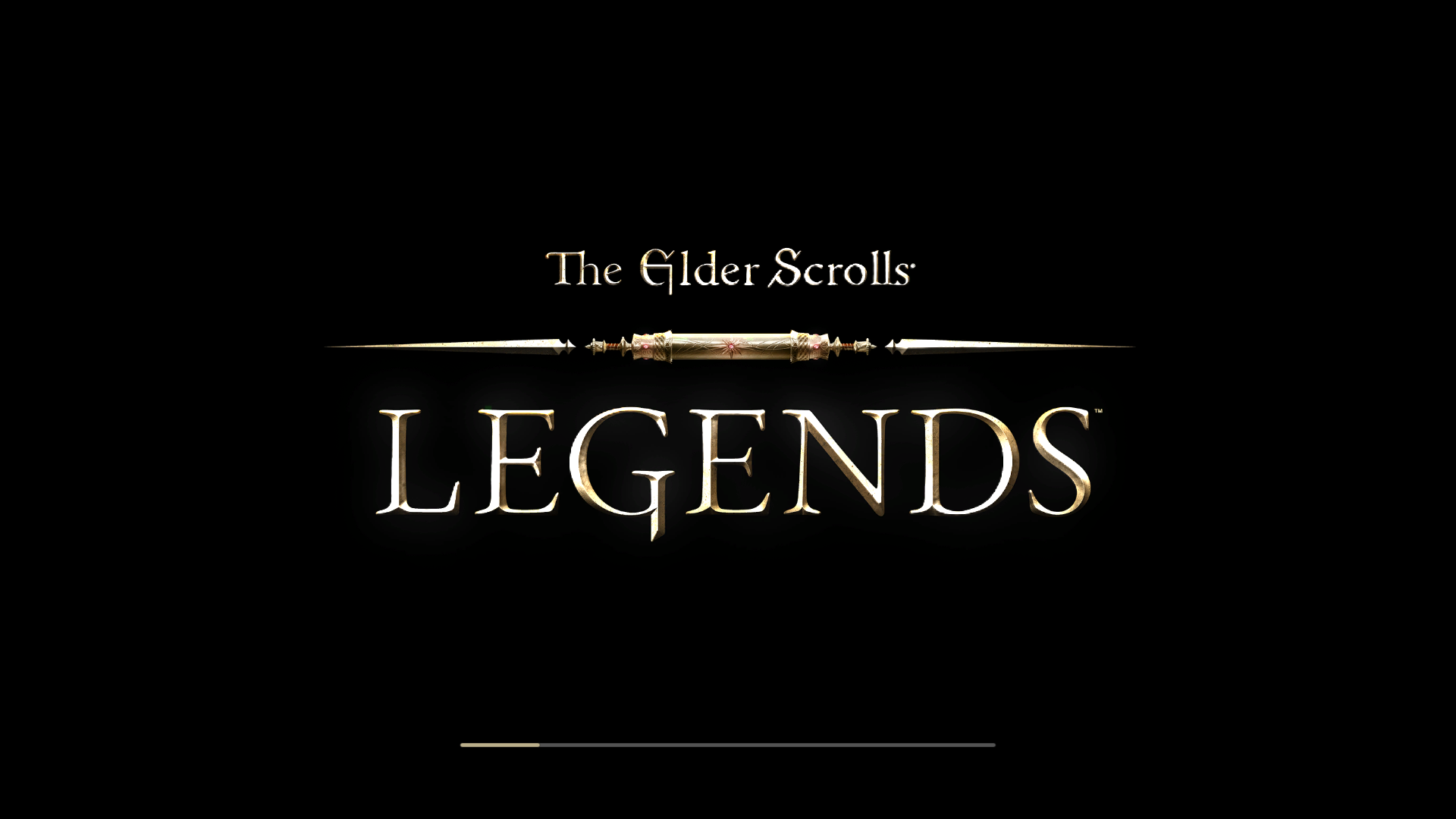 The Following Impressions Were Based Upon The Open Beta of The Elder Scrolls Legends. You can sign up for the Open Beta on their official website if you’ve enjoyed these impressions.

This is by no means a negative or unfair comparison, as the core gameplay mechanics are quite clearly borrowed heavily from Blizzard’s hit game. For those unfamiliar with that game, players take turns playing cards from their hands, drawing a card and automatically generating additional resources each turn to summon creatures to attack and defend with or spells to affect the board in various ways. 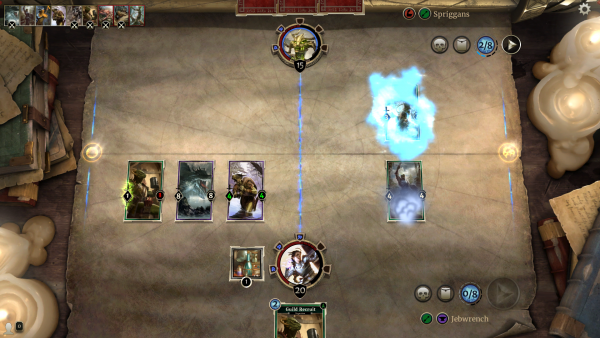 Even the mechanic of giving the second player additional mana resources as compensation is borrowed, though this is where the small changes to the Hearthstone formula come into play that differentiate The Elder Scrolls Legends. As of writing, in the Beta, the second player receives three uses of bonus mana to compensate for the tempo loss. This feels excessive, and I would not be surprised if it gets changed at some point.

Another important change is in deck construction. In The Elder Scrolls Legends, rather than building your deck off a class, you choose two stats from which to create your card pool. Strength, for instance, focuses on powerful creatures while Intelligence cards tend to be more deceptive or magical in nature. This gives a surprising amount of flexibility in deck construction without requiring a large pool of cards.

Combat occurs on a battlefield with two lanes. Creatures may only attack creatures in their own lane, so positioning becomes an important element of strategy. Also, the two lanes have different properties. One of the lanes has a property that gives all creatures the ability Cover when summoned to it for a turn, meaning they cannot be attacked directly. It allows for the use of some surprisingly powerful glass-cannon creatures with a lower risk of them being removed by something more efficient.

Players start at thirty life and have a minimum deck size of fifty cards. Tied in with the life totals is what might be the most interesting mechanic of the game, the Rune mechanic. Players start with five runes in addition to their life total, and for every five life lost, one of that player’s runes breaks. When a rune breaks, that player immediately draws a card. If the card has the ability Prophecy, they can then play that card without paying its cost. The inclusion of this catch up mechanic makes some games feel very swingy, and though it can lead to some irritation of losing to luck, it does serve well to keep games competitive as long as possible. 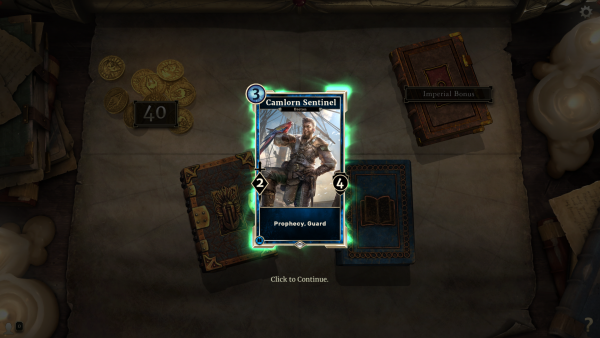 Oddly enough, this game has a single player story mode. It’s through this you play the tutorial and unlock your first cards, as well as earn experience to level up your profile – and in a rather peculiar design decision, upgrade some if your cards. Various cards you acquire will be made better as you make progress, either with increased attack or health numbers, additional abilities, or sometimes a complete change in card function. When an upgrade occurs, you will get to choose how the upgrade occurs. I have not yet seen if the form you don’t choose becomes locked out.

Besides the upgrades, you get choices during the story mode which lets you decide between cards to unlock. These are presented as actions during the story, in basic situations such as whether to spare or execute a bandit, or, in another very bizarre moment, adopting a wolf puppy or throwing it off a waterfall. These decisions do not lock out the option you don’t choose, as they will still appear in booster packs.

The story is fairly typical fantasy, sending you through a variety of gimmick battles, many of which are quite fun and keep the games interesting. I’d like to see these available as options for Versus mode, but right now they are not. The presentation is quite nice, with some good static artwork in the cutscenes and in the cards themselves. The voice acting is not outstanding so far, but it’s serviceable, and there’s not too much of it to get in the way. 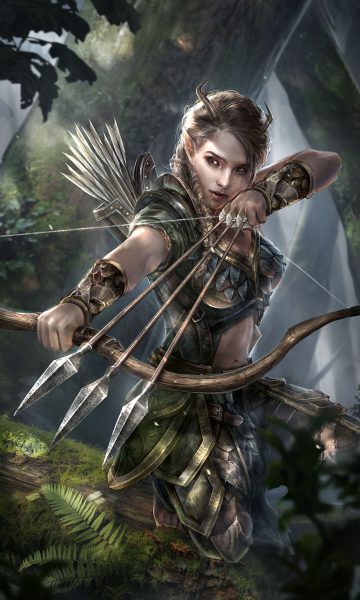 Currently, The Elder Scrolls Legends is a good digital card game that can occupy a lot of your time if you wanted to. It draws heavily on Hearthstone without question, and that may put people off from it. The differences in place are small, but they do give the game some feeling of its own identity. There is a great deal of potential here and I am interested to see where it goes from this point in the Beta. Sign-ups are open at https://legends.bethesda.net.