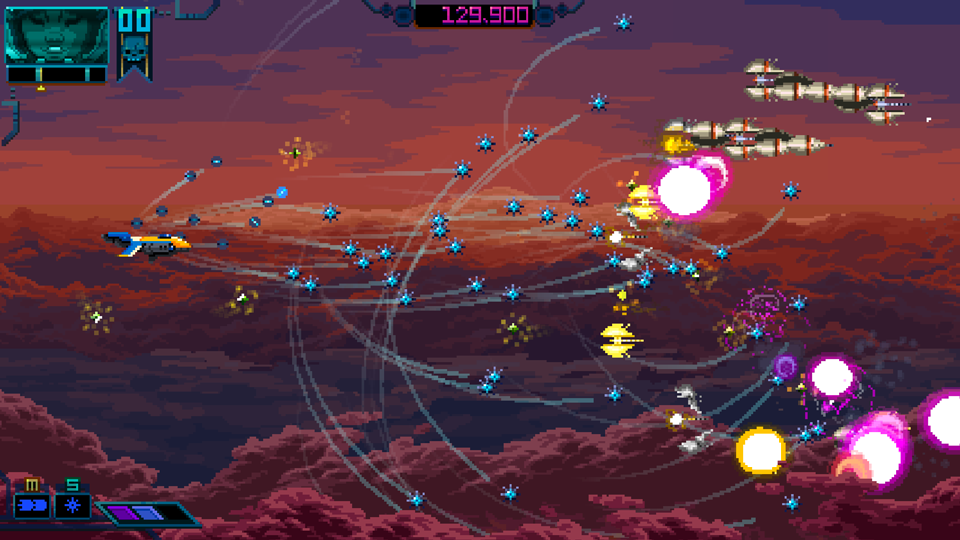 Star Mazer DSP the prequel title to the original Star Mazer has made its way to Steam Early Access thanks to the hard work of developer Imagos and publisher Playism. Tossing players into an interstellar conflict Star Mazer DSP is set to challenge even the most hardened shoot’em ups a true out of this world challenge.

Featuring 9 distinct levels Star Mazer DSP presents a challenge for even long time genre fans. If you want to reach the G’ell Super Ship you’re going to have to keep at it! Along the way to the final stage players will be able to recruit a team of pilots ranging from humans to aliens to even an astro-K9!

Here is how the developer described the game’s plot in a recent press-release:

“The UNFP’s been kicked in the teeth by a G’ell invasion force and humanity’s last hope is its fleet of experimental DSP MkI Forward Assault Fighters and anyone brave enough to strap in. Luckily this planet’s full of all kinds of crazy just begging to take a shot.”

Here is the trailer: