The DigiDestined are about to hit the big screen for the first time in 16 years thanks to the collaborative efforts of Toei Animation. Eleven Arts and Fathom Events.

A special one night only event will take place on Thursday September 15th at 7PM where 400 select theatres all across the United States will air the English dub premiere of Digimon Tri – Chapter One: Reunion”. This new dub  features Tai’s original English voice actor Joshua Seth alongside a new cast of voice actors who will help bring the original DigiDestined back to theatres for original fans as well as a whole new generation.

Digimon Tri is a continuation of the 1999 original Digimon Adventure anime series and picks up six years after the events of season 1. With the portals to the digital world closed for a number of years the DigiDestined children have matured, enrolled in high school but the bonds formed during their digital adventures still hold strong. As a new threat looms can they reunite to unravel the mysteries of strange portals to the digital world that have suddenly appeared? 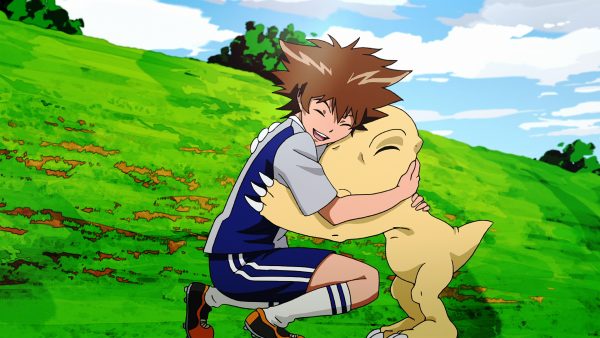 The original Digimon Adventure series aired from August 1999 until early 2000 in America and was dubbed by Sabban Entertainment and was distributed by Fox Kids. It was followed by a direct sequel Digimon Adventure 02 which picked up 3 years after the original series. Fox Kids released a theatrical film for the Digimon franchise in North America titled “Digimon: The Movie” – this movie was in fact a re-working of three of Toei Animation seasonal celebration shorts: ‘Digmon Adventure’, ‘Our War Game’ and ‘Digimon Hurricane Touchdown’.

For a complete listing of participating theatres check out this site.