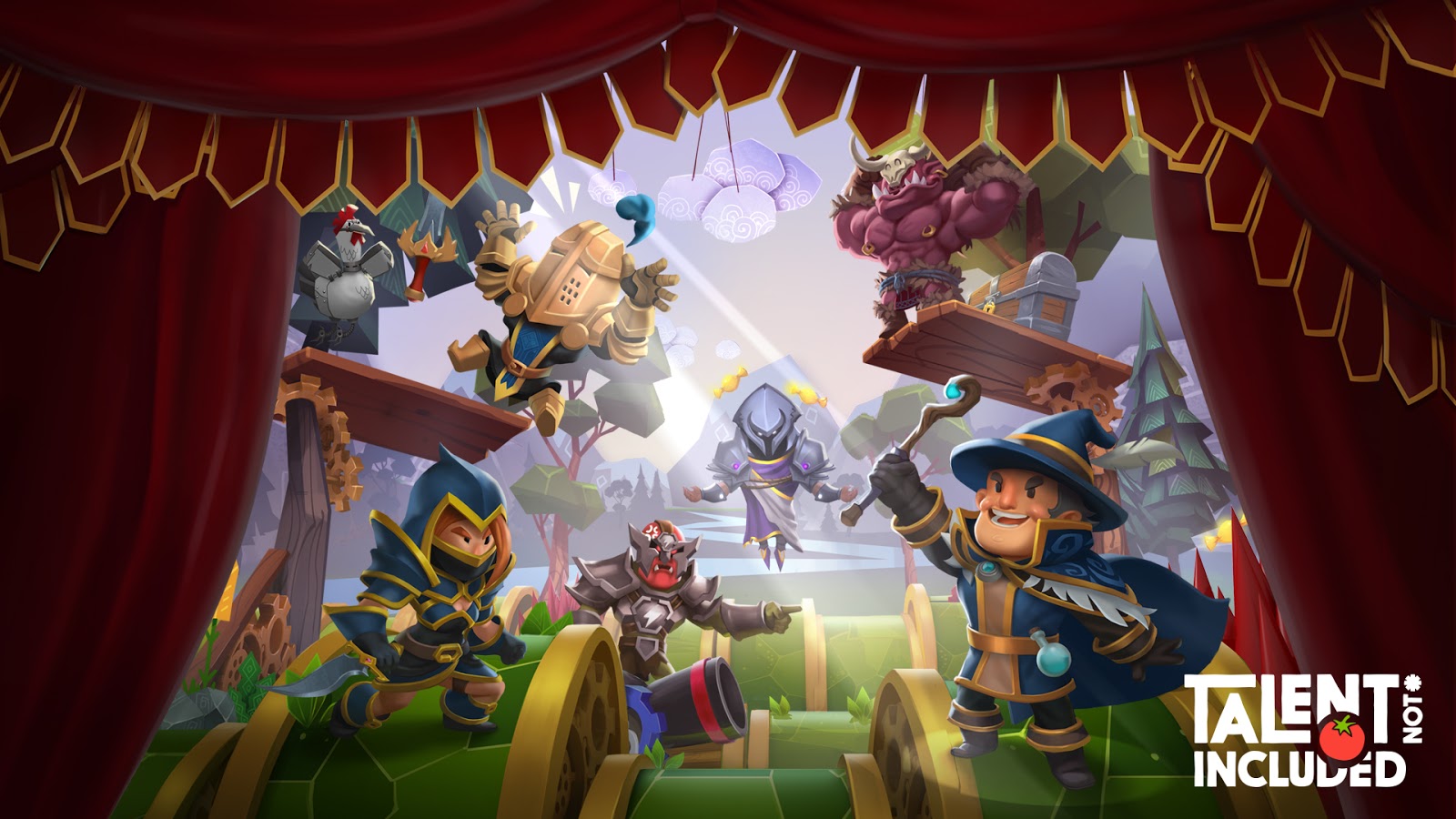 I love a good platformer. Talent not included looks like it coudl be my next major obecssion.  Set in the fantasy land of Notthatmuchfurther, Talent Not Included tells the story of three monsters: Zordok, Derp, and Kevin, all three huge fans of slaughter, bloodbaths, and Shakespeare. One night, as they were bored out of their minds, they decided to put on their own play. Unfortunately, nothing went as planned. That’s mostly because Zot, a demonic critic hired for the occasion, chose three mediocre actors with strong personalities, hoping to sow hell on stage for the public and his own amusement.

I especially love the inclusion of local co-op, something that makes having friends over so much more fun.