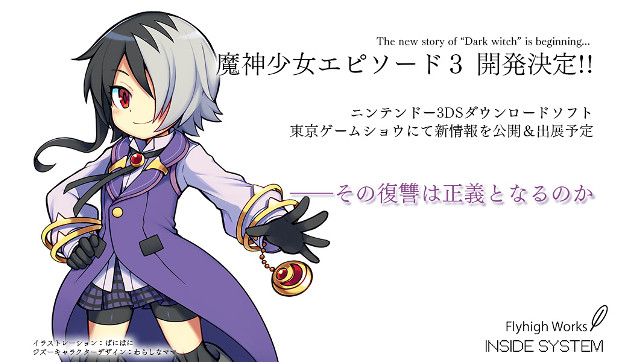 Circle Entertainment teased a little bit of The Legend of Dark Witch 3 today.

While not much is known about the sequel, the game will be shown at the Tokyo Game Show this year. The tagline at the top of the teaser website from developer Inside System says “The new story of Dark Witch is beginning…”

No release date has been set in either Japan or west at this point, but you can expect the game will see a release in North America and Europe at some point in the future.