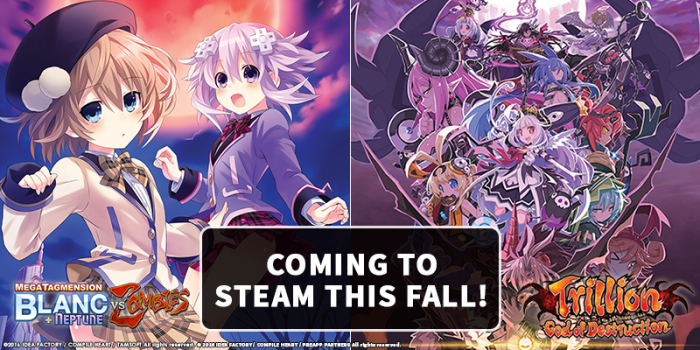 Idea Factory International’s two most recent PlayStation Vita releases, Megatagmension: Blanc + Neptune VS. Zombies and Trillion: God of Destruction receive a bump up to 1080p as they head to PC this Fall.

Blanc + Neptune Vs. Zombie is a spin-off game from the main Hyperdimension Neptunia series that sees regular protagonist Neptune partner with Blanc & Co to take on Zombies while trying to save GamesIndustrie academy from being closed down due to low attendance while also producing a film that also happens to include the undead. This mixture of the series’ signature humor, real-time battles and a high school twist on the existing Neptunia formula makes Blanc + Neptune Vs. Zombies one class that you will want to enroll in this semester.

Trillion God of Destruction’s setting takes place a thousand years after a mythical battle that took place among the heavens. In the present day. demons remained in the underworld but things were quite peaceful until the powerful demon god, the titular Trillion appeared with a thirst to conquer not only the underworld but the entire world. 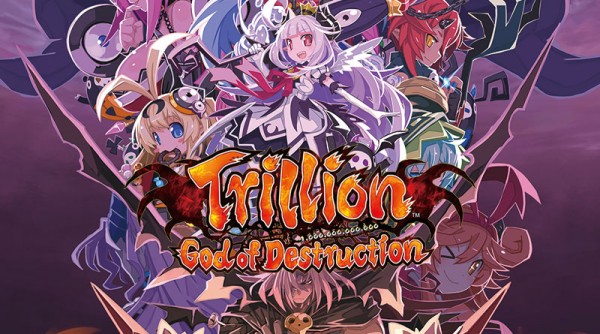 In this strategy RPG players will have to perform their best training montage while Trillion God of Destruction sleeps because they’re going to need to hone their strategic skills to eliminate his 1,000,000,000,000 HP! Along the way, players will be able to recruit six Overlord Candidates to lead the armies against Trillion. Should you lose in your quest against such a daunting foe, stats carry over through multiple playthrough thanks to Trillion‘s New Game+ mode.

Special bundles for both Blanc+Neptunia Vs Zombies and Trillion God of Destruction will be available at launch. As soon as we havbe more details about the launch date for these two games on Steam we will let you know.