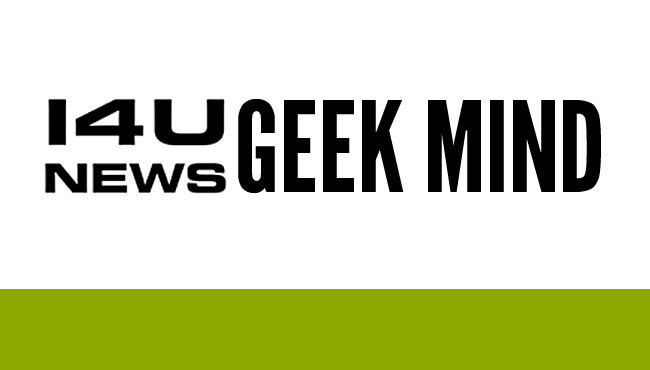 This morning I came across an article on I4U’s site titled “The Sweet Reason of Niantic’s Lack of Communication About Pokemon GO Troubles”. Intrigued, I opened the article and read it. If I had been drinking coffee, I would have spit it out all over my desk.

Why is Niantic basically silent throughout the turmoil of viral growth that cause all kinds of issues?

The person who is responsible for PR and Marketing at Niantic gave birth two days after the launch of Pokemon Go. Yennie Solheim Fuller is on maternity leave.

First of all, I am not sure how Lugmayr decided that Fuller was responsible for the PR of Niantic. While she previously acted as the Marketing & Communications Manager when Niantic was still under Google, she left that position for her role as a Marketing Manager a year ago. Although she still may have been responsible for public relations before her maternity leave, there are no indications anywhere online that is the case.

Secondly, if Fuller gave birth two days after launch, you can bet that Niantic had months of time to plan for her absence. If Fuller had been in a car accident instead, Niantic wouldn’t have had months to prepare, and would she have still have been blamed? Though this is a rather moot point if Fuller was not in charge of public relations at all. 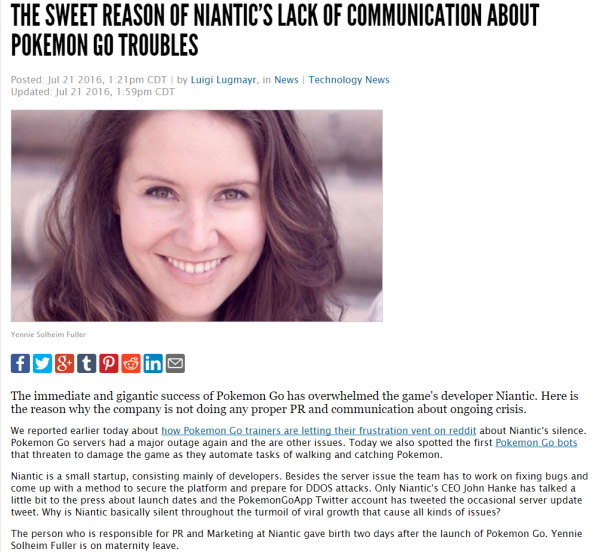 Lugmayr does state later in the article that “Because nobody at Niantic anticipated the extreme popularity of Pokemon Go, the company has likely not prepared a replacement for Solheim while she is on maternity leave.” Though this statement removes some of the blame from Fuller, it falls painfully short after blaming her maternity leave from marketing as the reason for Niantic’s public relations failure.

Lugmayr also fails to recognize that Niantic has been well known for its slow response times and lack of communication with its community. The “silence” his article focuses on as a huge issue has been Niantic’s normal behavior ever since they launched Ingress in 2013.

Calling Fuller’s maternity leave the “sweet reason” that Niantic is being unresponsive will make companies shy away from hiring women and providing maternity leave, and discourage other women from pursuing careers in games knowing that they may be unfairly incriminated for a failure of their company.

This shameful article not only places unwarranted fault on Fuller, but it features her image as the banner photo along with the jeering “sweet reason” in the title, effectively painting a target on her. Fuller’s Twitter is full of harassment and blame.

Women in the game industry need support of the public and press, not to suffer attacks for failures outside of their control, especially while on leave. It is shameful that Lugmayr would make Fuller the scapegoat for Niantic’s habitual lack of communication. With a USA Alexa rank of 31239 and a global Alexa rank of 82870, one would hope that I4U would have better quality journalism than is contained in Lugmayr’s article.