Ty Taylor‘s unique take on the match 3 puzzle formula, Tumblestone, is now available for free to all Xbox Live Gold subscribers on Xbox One and we got a chance to ask him a few questions. In our brief discussion we talked about what it was like to work with Microsoft on Games With Gold, the local Seattle indie games scene and what Ty’s plans are for the game post launch. 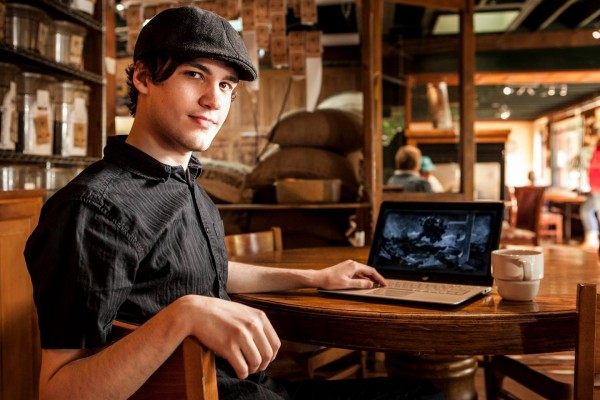 Ty Taylor of The Quantum Astrophysicists Guild with his game, The Bridge.

Broken Joysticks: How does it feel to have Tumblestone finally complete and about to be in the hands of potentially millions of players?

Ty Taylor: It’s certainly nearing complete! We’re still working 20-hour days to put as much into the game as we can, fix any last bugs, and just generally polish the game. I’ve been so busy it seems I haven’t really had time to stop and reflect on the project’s soon completion. In terms of number of players, that’s always an interesting and surreal experience. I remember with The Bridge, on our first Steam sale with a front-page feature, we sold nearly 90,000 copies in one day. I opened up a picture of the Seattle soccer stadium that was at full capacity with around 70,000 people, and I ended up starring at that for about an hour. More people had bought my game in one day than people in that picture, and that visualization was literally paralyzing. I try not to think about it at that scale. I try to think about it at an individual level. If my games can make a single person feel smarter, smile, laugh, grow a friendship…then it’s worthwhile. Having that effect on millions of individuals is just millions of times more rewarding.

Broken Joysticks: What was the experience of collaborating with Microsoft like? Did you ever expect Tumblestone to be chosen for Games With Gold?

Ty Taylor: Microsoft has been pretty excited about Tumblestone since early on. It helps considerably that I live and work 10 minutes away from the Xbox (and Nintendo, and Valve) headquarters, so I somewhat regularly see these people at local Seattle game developer events and can talk to them and show them updates on Tumblestone, but more importantly, they can watch other people play Tumblestone. The game has this magic to it that is hard to describe, but when we take it to events like PAX, it gets huge crowds and so much enthusiasm that is contagious. Microsoft themselves has sponsored the game at six different shows, even though there is a soft rule where they usually only sponsor an ID@Xbox game at a show one time. When I started having conversations with them about Games with Gold, I definitely got the feeling that Microsoft was already extremely interested in the prospect. 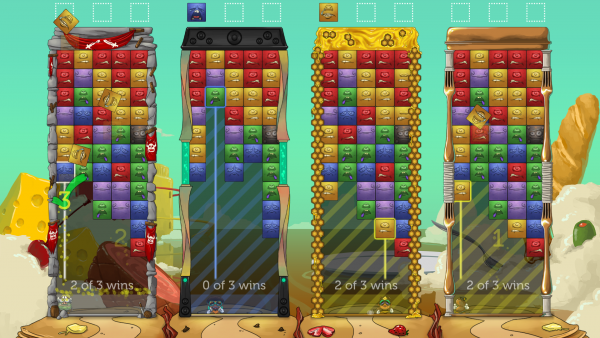 Broken Joysticks: What can players expect in terms of post launch support and release on other platforms?

Ty Taylor: No software is ever free of bugs or issues, and we’ll fix them as they come in on all platforms. Updating Steam is something we can do in a matter of hours. Updating the game on consoles is a bit more of a hassle, but we will likely patch each game with some minor touch-ups and bug fixing/usability fixing/balancing a handful of times after launch as needed. And we’re still going to be working on it. My philosophy is to release on as many platforms as I possibly can, and while that is unfortunately not happening at the first launch, platforms such as mobile and micro-consoles are on our radar within the next year. If the game is well-received, we might even consider some sort of DLC packages for it down the line. 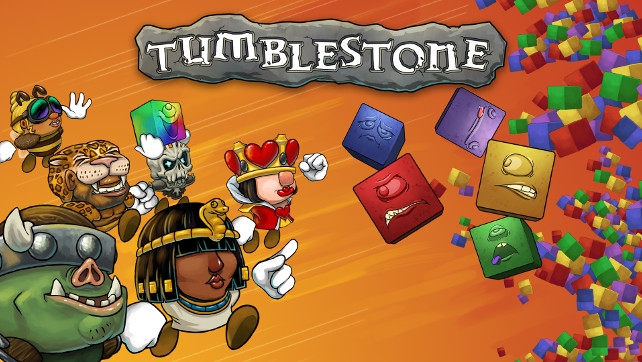 If you own an Xbox One make sure to grab the game on the Xbox Store, if you’re playing on PC the game is available on the Steam Store. Congratulations to Ty and his team on completing the game!