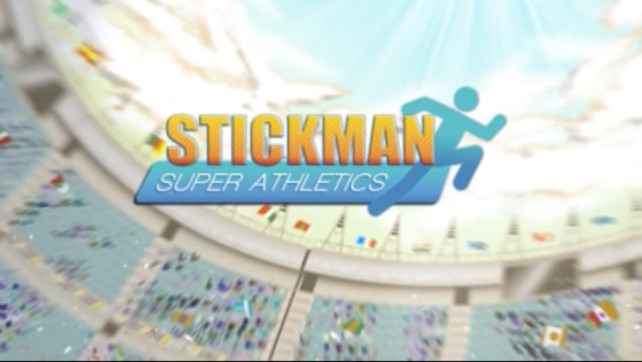 Coder Child will be competing with a new game on the horizon. Are you skilled? Are you competitive? Do you like to win? You’ll have the chance to prove this and much more in Stickman Super Athletics.

With the Olympic Games just round the corner, Coder Child’s latest will have you participating in stickman versions of various events which you might find in a world class international competitive sporting event.

The game features 8 game types including qualifying rounds, 100m, 110m hurdles, swimming, cycling, long jump, and more. You can compete against your friends and see who is the most skilled by uploading your score on to the online record leader boards. The various events are controlled via the touch screen by tapping in time and also by having a steady hand with the stylus.

While no North American release date is set just now the game is expected to cost $2.99 USD when this single player sports competition game is released. The game is set to be released in Europe on August 4th, 2016 for €2.99. The game will be available in English, French, German, Spanish and Italian.