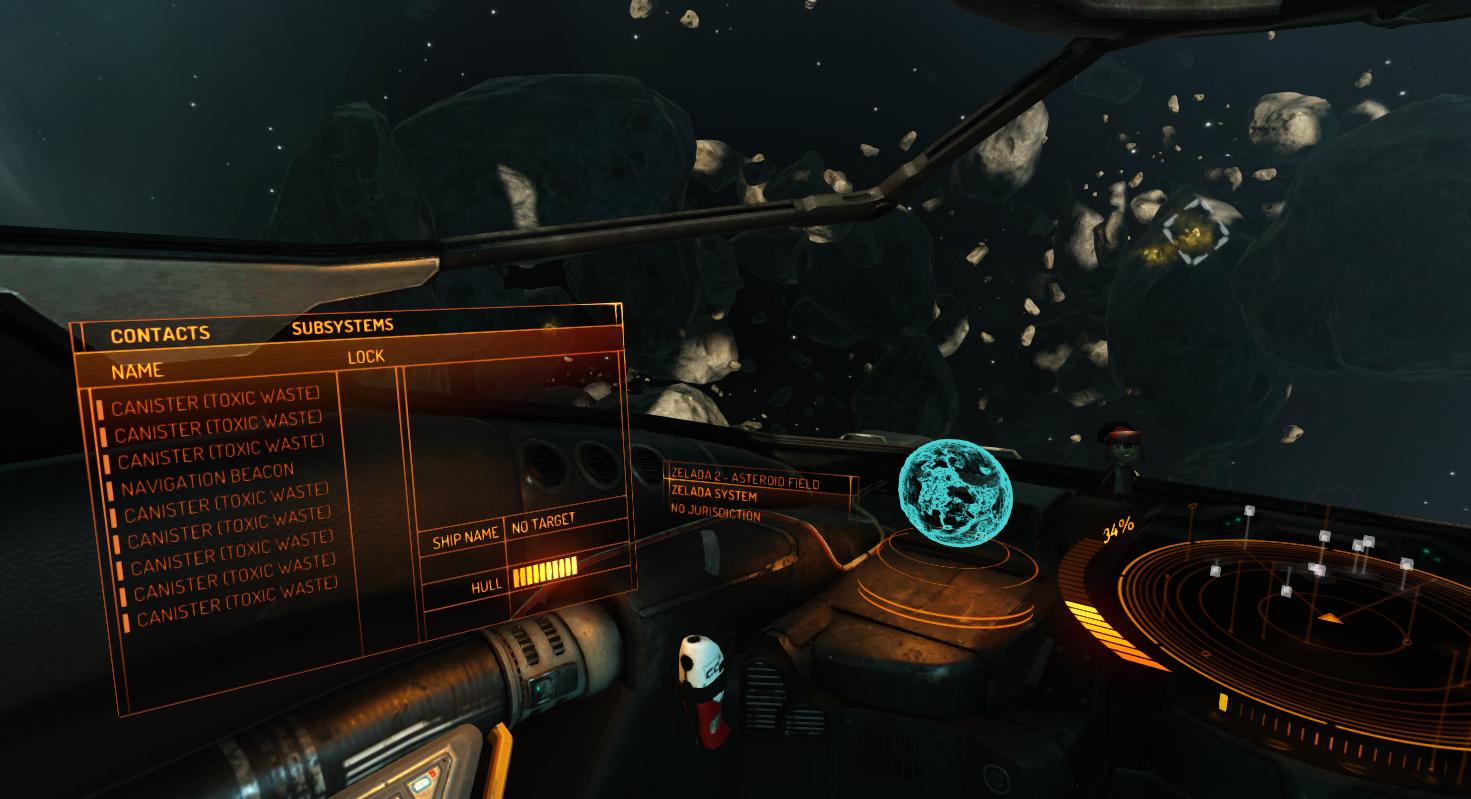 At E3 developers at Frontier and representatives from Thrustmaster invited me to check out the  manufacturer’s upcoming hardware refresh for their high-end HOTAS line with a convention exclusive demo version of Elite Dangerous. As I’ve written before, Elite Dangerous is one of my favorite VR experiences and it was the first VR title I tried – Elite proved to me that the magic of VR is possible, even with limited vision. So, to get the chance to use some of Thrustermaster’s upcoming toys while piloting an interstellar space ship was a no-brainer, I jumped at the opportunity.

In terms of the in-game demonstration, the version of Elite built for the show introduced players to a lot of the key concepts that are required to be successful while exploring the Milky Way. My demo began with an experience that is very familiar with me – looking around the cockpit of my ship and waiting for whatever space station I was situated at to release my ship so that I could fly out and begin exploration. As the computerized voice in my ear belted out “ship released” my fingers instinctively pressed the button on my right joystick to retract my landing gear as my left hand pushed the throttled to push the ship out of the docking bay. Once the ship was out of the bay I got to fly around in total freedom for a few moments before a waypoint suddenly lit up on my HUD. 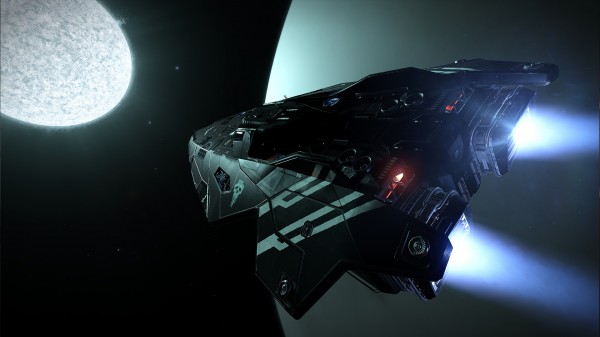 Once my ship was aligned to the new jump point my craft entered hyper-drive, blue and purple particles whizzing past my head as I looked up into the top-side window in my cockpit. As my ship began to decelerate from the faster than light travel I noticed that I had entered orbit around a sun in an unexplored system I was not at all familiar with. As I grabbed my right joystick to move my ship out of the gravitational pull of the sun I noticed something – the look of Thrustmaster’s upcoming joysticks and the button placements are almost exactly 1:1. Representatives from both companies would later confirm to me that this was intentional and that the particular HOTAS setup I was using was designed with Elite in mind.

There wasn’t much time to stare at the magnificent sight that was the sun I was escaping from as enemy units showed up on my ship’s HUID. Pressing the button on my right joysticks I raised my hardpoints and pulled the thruster forward as far it would go. My first few laser blasts missed, the on-board computer needed a few more moments to lock-on. Just as my reticule was about to lock on my foe did a quick dive upwards, but I was ready. I cut power to my engines, aimed my nose up with the right joystick and pushed the thruster full blast again, getting back on my foe’s tail. Once my sights were aligned I got off four shots that destroyed my target just as the demo automatically whisked my ship away. 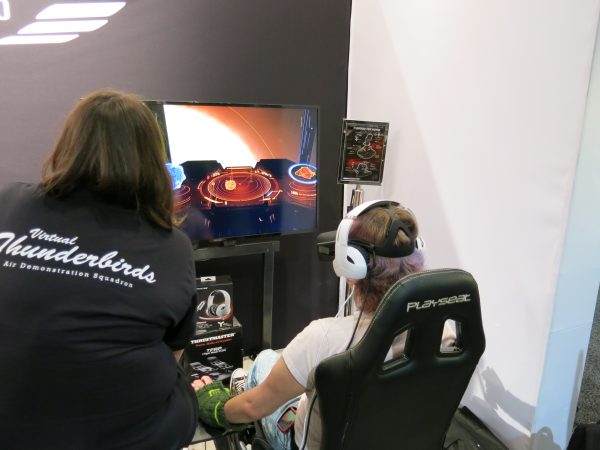 It is hard to convey just how well the presence of the Elite Dangerous E3 demo worked. I was playing on a Oculus Rift CV1 in a very specific set-up that was designed specifically for Elite. To say it was immersive is an understatement, it is probably the closest I’ll ever get to flying in a real spaceship anytime soon – or short of winning the lottery and building the mammoth gaming rig / hardware configuration that Thrustmaster and Frontier brought to their booth.

The HOTAS actual hardware used at during the demonstration was an upgraded version of Thrustmaster’s Warthog line – representatives told me that the controllers on display were actually prototypes, one of only a couple the company had at the moment, and that the final versions will hit retail sometime close to December. Current versions of the Warthog retail for around $349.99 and consist of two discrete parts – the joystick and throttle components. The company also makes lower cost options such as the T.Flight – which do not include as many physical buttons but can still get the job done – which retails for $79.99. 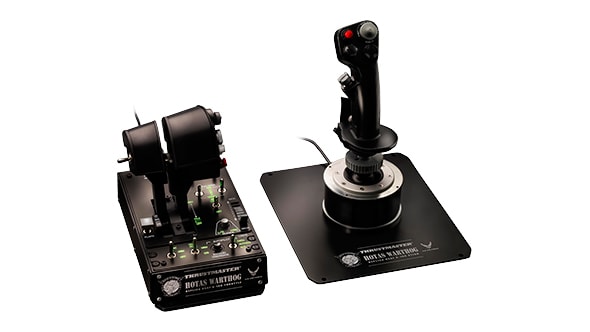