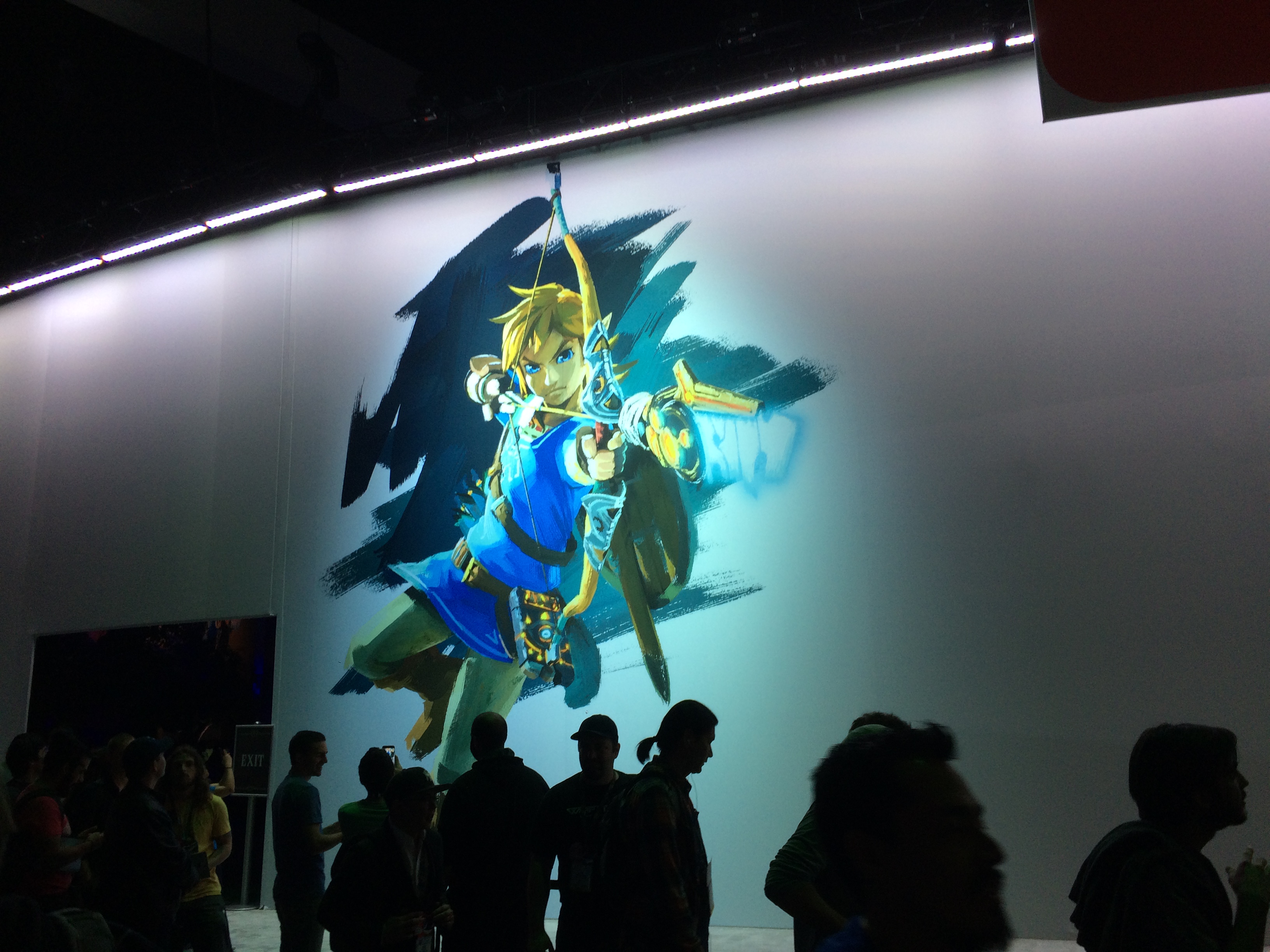 Critics of Nintendo’s E3 2016 strategy wondered just how the company could have a strong showing with just one game, The Legend of Zelda: Breath of the Wild playable at their booth. Now that the dust has settled it is quite clear that the big N made the right call in putting all of the cucco eggs in one basket and trusting in the Hero of Time.

Not only did Nintendo bring one of the most refreshing and innovative Zelda titles to date to one of gaming’s biggest conventions (our impressions will be going live later this week) but they also brought a ‘live experience’ that existed opposite the traditional rows upon rows of demo stations that E3 is known for. 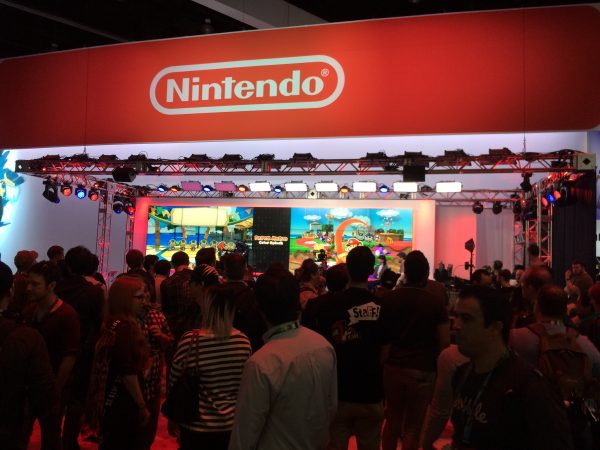 This real world playground of Zelda: Breath of the Wild delights mimics several key elements new to the game.  Upon entering visitors are greeted by a large statue of Link aiming his arrow towards one of the game’s new tentacled enemies. This particular statue became a popular photo spot for media, fans, developers and other attendees. During my time inside the Breath of the Wild E3 experiencece it was hard to get a shot of the statue without someone beside the it posing for a selfie with Link. 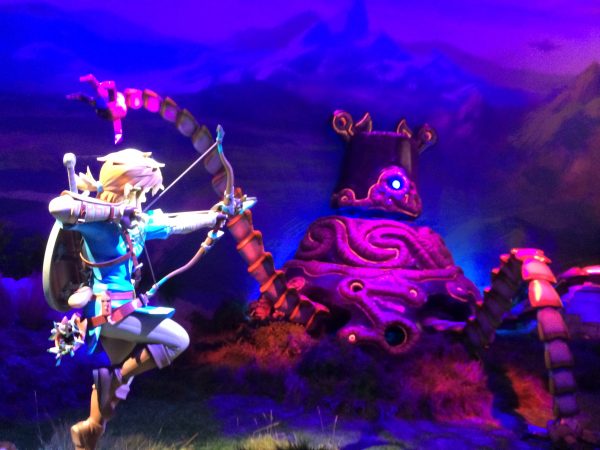 This Statue Was So Possible It Was Almost Impossible To Get A Shot Where Someone WASN’T Taking a Selfie With Link.

Opposite the large monster / Link statue was a replica of one of the game’s new feature – a goblin stronghold. In the game Link can take these over by completing challenges, thus unlocking new abilities or hidden treasures. Breath of the Wild‘s live experience was watched over by one of these goblin creatures atop the stronghold. Adjacent to the stronghold was a large cooking pot, which contained multiple items that bob-up and down thanks to mechanical motors. This simulates a similar animation that plays when Link uses the new cooking crafting system introduced in Breath of the Wild. 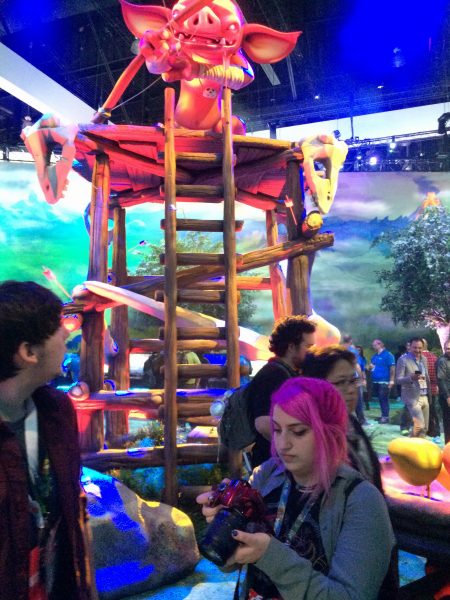 A Goblin Keeps A Loook Out In Nintendo’s Live Experience

One of the far corners of the live experience mimics the iconic look of Temple of Time but this particular version of the Temple of Time is different than any we’ve seen before. Giant columns rise up  from the ground with vines growing all around them. Large doors complete the new aesthetic, filling in the space between the pillars. 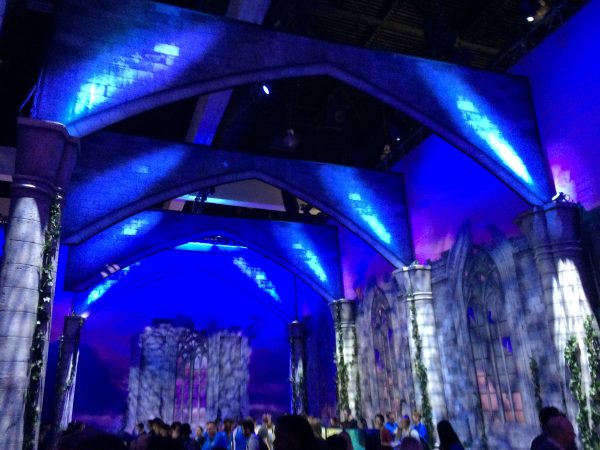 The Temple of Time

As a Nintendo PR Rep took me on a tour of this elaborate live experience for the new Legend of Zelda she informed me that all of the objects in the booth are too scale, exactly as Link would see them in his world. That not only means that visitors to the live experience would see recreations of objects & monsters that populate Hyrule in Breath of the Wild but more importantly see them exactly as Link will in the game, right down to the proportions. To top it all off Nintendo had fans blowing a gentle wind through the trees and carrying the smell of forest throughout the booth. 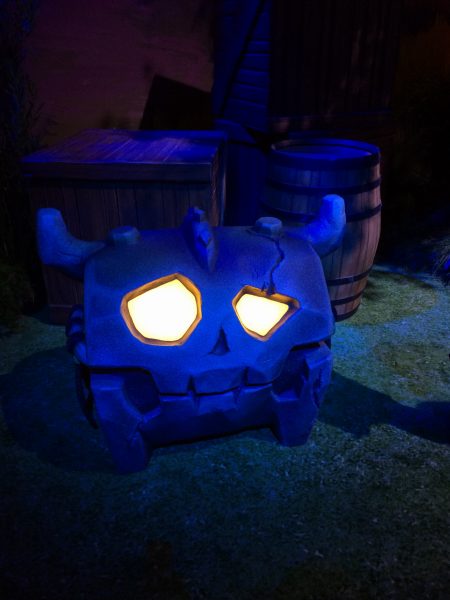 A Chest With Glowing Eyes!

Nintendo promised to transport attendees to Hyrule with their presentation at this year’s E3 and they succeeded like never before. If you thought that ultra cool Twilight Princess booth from 2006 was amazing and immersive – you can’t possibly imagine the feeling of seeing objects through Link’s eyes, feeling the wind on your skin and smelling the faint scent of the trees with every breath.  You can bring a single game to E3 and impress the socks off of everyone and Nintendo’s The Legend of Zelda: Breath of the Wild live experience booth has set the standard for an immersive convention experience. 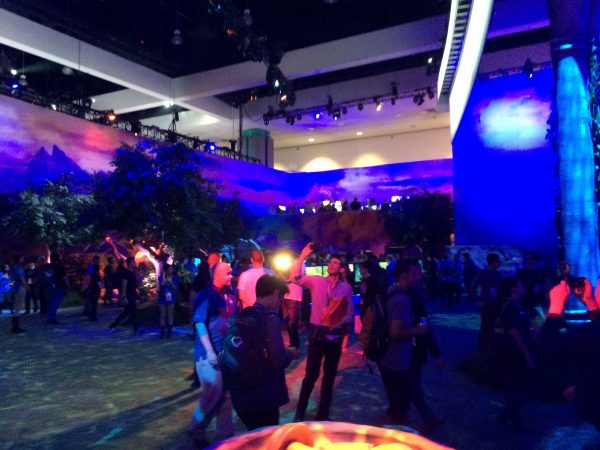 The Legend of Zelda: Breath of the Wild will be released in 2017 for Nintendo Wii U and the unannounced Nintendo NX.