Today at their pre-E3 press conference Bethesda revealed the rumored Quake reboot to the world and this re-introduction to id Software’s 1990s darling is probably not what a lot of people expected – an arena shooter.

Foregoing the series roots as a open ended corridor shooter Quake Champions aims re-live the glory days (or is that gorey days?) of Quake III arena with a focus on arena style combat. Bethesda says that the game will be accessible for players of all skill levels but will also offer options that cater to the series’ hardcore fans such as an unlocked frame-rate and 120hz monitor support. 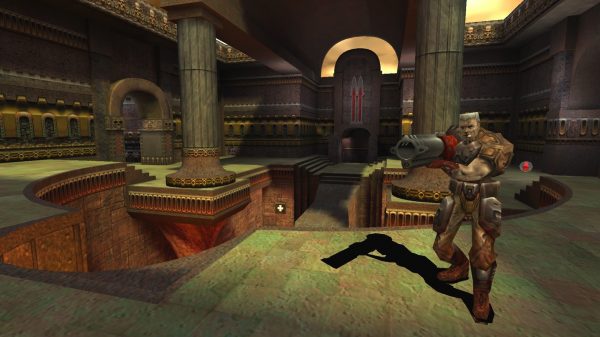 After watching the debut trailer, which you can also enjoy in the embedded trailer below, I can’t help but wonder if Quake Champions can learn from last month’s DOOM. The single player of DOOM was absolutely excellent but the game’s multiplayer was not so well received. Featuring generic announcer voices, an odd lack of ambient music during key moments in firefights, a paltry selection of weapons and over powered demon summons – DOOM’s multiplayer pretty much has written the book on HOW NOT to make an arena shooter in 2016.

Bethesda’s pre-launch marketing for DOOM’s multiplayer hailed it as a return to the arena shooters of old and with the announcement of a season’s pass and a lukewarm reception to the game’s open beta it was a foregone conclusion that they would take another stab at building a lasting multiplayer shooter. They’re promising a focus on e-sports combined with character specific abilities abilities and certainly Blizzard’s Overwatch proves that there is a market for such a product, but with contenders like Paragon up and coming – is it took late for one of the FPS team arena champions to make a return?

We’ll find out more about Bethesda’s plans for Quake Champions at this August’s Quakecon. Until then we can just keep watching the debut trailer over and over….

Broken Joysticks’s staff are on location in Los Angeles for E3 2016. Follow us on Twitter for all of our latest articles & more, we will be attending both the Microsoft and Sony E3 press briefings later today.