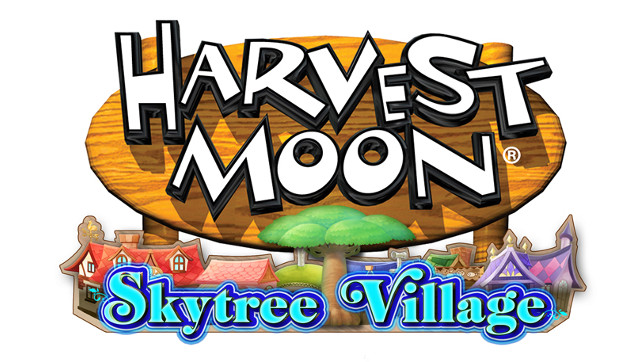 In advance of E3 tomorrow, Natsume has released the first trailer for Harvest Moon: Skytree Village. No release date has been set for the game yet.

It’s up to you revive the seven Skytrees in order to give the Harvest Goddess her power back, and, in turn, bring life back to this desolate land. Along the way, you’ll meet a new cast of characters as well as a few returning faces. The game will feature a brand new art style, new character models, and more.

In Harvest Moon: Skytree Village you can customize your farm by raising and lowering the land as well as create rivers, ponds, and more. Upgraded tools will assist farmers in shaping the land more efficiently, and afterwards they can kick back and relax in their boat to do a spot of fishing! The game also features a brand new herd animal in the Poitou donkey.

In the game you can choose to play as a boy or a girl, woo bachelorettes and bachelors, and start a family. This is going to be a challenge for me, as I usually play most games in the female role. This may be the first game in a while where I play as a male character.

There will also be new crops and flowers, new fishing mechanics, expanded waterways with rarer fish, and a full town with many residents, each with their own personalities and quirks.

Harvest Moon: Skytree Village will be one of several Natsume titles playable at E3 2016, which kicks off tomorrow. Wild Guns Reloaded for the PlayStation 4 and River City: Tokyo Rumble for the Nintendo 3DS will also be at E3.