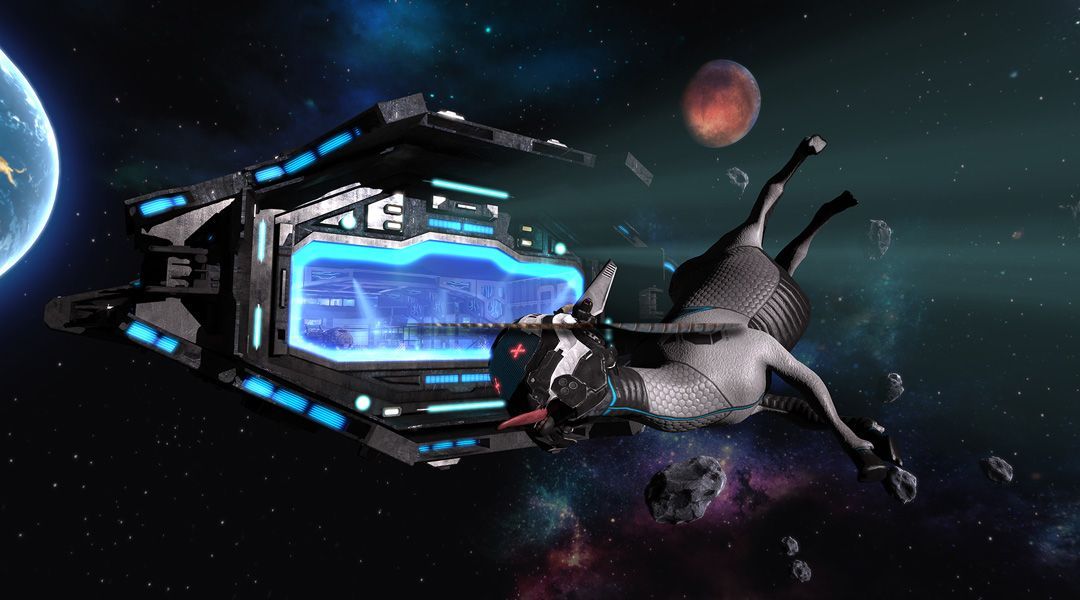 It seems like only yesterday that Goat Simulator was born, out of a glitched physics engines a few students made came a game of silliness, licking things, bad physics, and goats. Now Coffee Stain Studios (is that really the name of the developer?) has spawned another expansion. This time its all about space and what a goat can do in space is limitless. Waste of Space lets players visit space today instead of “get old waiting for that other space game you already paid for”. The Expansion will allow players to take crowdfunding in a literal sense by building a crowd to inhabit a new space colony, probably by carrying them to different places against their will.  The trailer features a regal voice selling us the idea of a new future in space funded by you, poking fun at the well voiced trailers for kickstarter games that never see the life of day.

The video pokes fun at a lot of different space franchises but front and center is the obvious comparison to the trailer for Star Wars: The force awakens.  Of course this is goat sim so it doesnt stop there. There are barbs against Kick Starter, Mass Effect and even Donald Trump with the hashtag #MakeSpaceGreatAgain . The whole thing is perfectly toned for a goat sim expansion.

The expansion for Goat Simulator is already available on Steam for $4.99, and Xbox One gamers eager to test out the game at no cost can do so when Goat Simulator becomes a free title for the month of June.