Virtual Reality is all the rage right now in the PC space and sure big titles like Elite Dangerous, Eurotruck Simulator and EVE: Valkyrie have proven that VR can be as immersive as we imagined, there is a lot of interesting stuff out there released by independent developers.

Enter FoxVR, a small indie title developed for the Gear VR as part of the recent 2016 Nordic Game Jam. Created by itch.io user DanniFox this experience was developed over the course of just three days – from April 8th through the 10th. FoxVR is a simple title, the player is positioned low to the ground, to simulate the stature of a fox, and you use your Gear VR (or substitute PC headset) to look around while hunting down all of the mice hidden within the map.  DanniFox’s chosen aesthetic is basic, but seeing a huge snout in front of my eyes as I used my headset to look around the environment brought a smile to my face.

FoxVR might not be the type of game that everyone is going to try on their headsets but in such an early time for the medium it is interesting to see the type of experiences independent developers can come up with given a strict deadline.

Itch.io is full of smaller bite sized VR experiences like FoxVR that provide some unique takes on what VR can bring to an interactive experience. Look forward to more coverage of smaller VR experiences in the future. You can download FoxVR from Danny’s itch.io page. 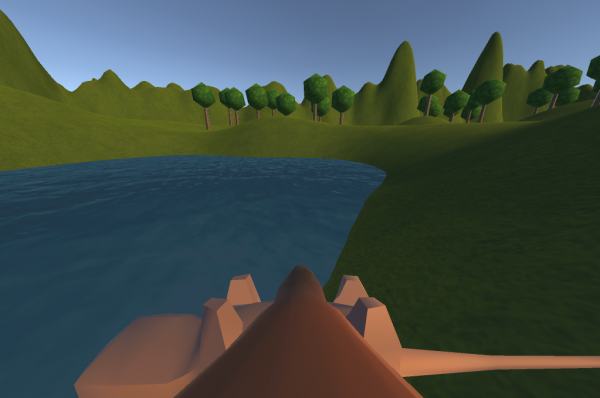