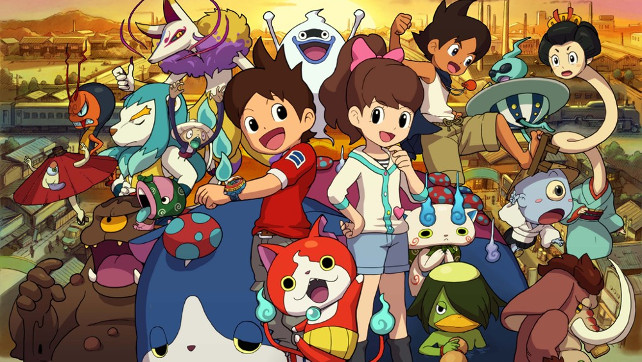 Nintendo announced today that the Yo-kai phenomenon will continue later this year. With a third game on the way in Japan, the second game will be released in North America for the Nintendo 3DS on September 30th.

Developed by LEVEL-5, Yo-Kai Watch 2 offers the same deep RPG gameplay and wacky adventures as the first game. The new adventure also offers many new areas to explore outside of Springdale, more than 350 new Yo-kai, a new-and-improved in-game Yo-kai Watch and even the ability to travel back in time! Yo-Kai Watch 2 will also launch with two versions, Yo-Kai Watch 2: Bony Spirits and Yo-Kai Watch 2: Fleshy Souls, each featuring original Yo-kai that can only be found in their respective games.

“After being such a massive sensation in Japan, it’s great to see the U.S. start to embrace the mischievous and lovable Yo-kai,” said Scott Moffitt, Nintendo of America’s Executive Vice President of Sales & Marketing. “We’re excited to continue bringing fun Yo-kai experiences stateside this year.”

In addition to the new game, fans will be able to collect and trade their favorite Yo-Kai Watch characters in a new way with the Yo-Kai Watch Trading Card Game.