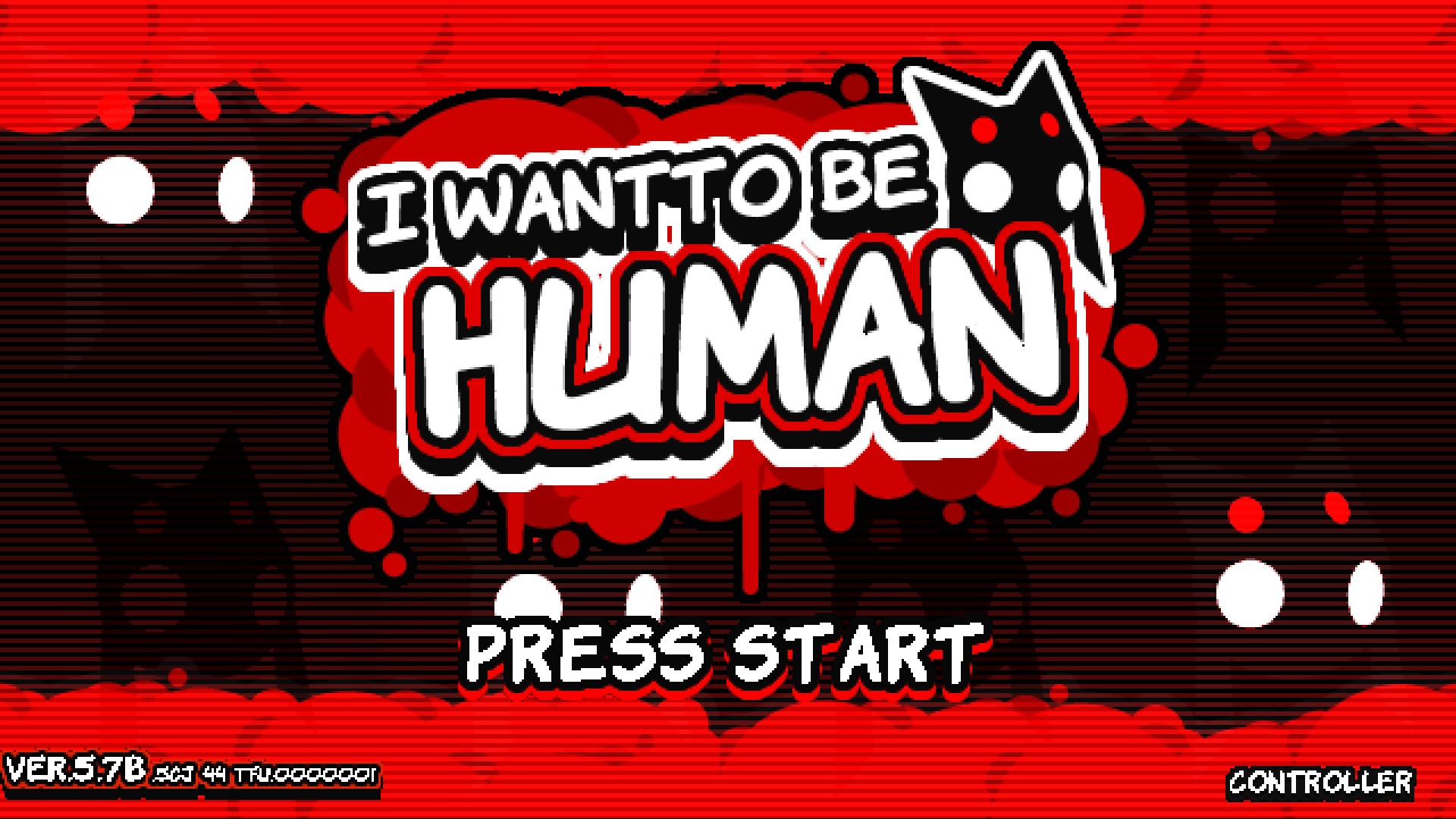 I Want to be Human is a new game from the indie developer Sinclair Strange, over in the UK. It is a run’n’gun 2D platformer with tight jumping puzzles and Super Meat Boy like wall climbing. The game also features a soundtrack from Jimmy Urine, a member of Mindless Self Indulgence and a very unique visual aesthetic with a comic book style and featuring only white, black and red coloring. Out on Windows via Steam at the moment, with major console releases expected as well.

Let’s start with the positives for this game, the joypad controls and movement are tight and easy to pick up, enemies are varied and the electronic punk soundtrack is a joy. The intro song is great, and worth listening to on its own. There’s a lot to recommend this game on those merits. I enjoyed that the main character is a vampire wearing her now bat-boyfriend as a hat. It reminded me of Banjo Kazooie in a good way. There are plenty of levels, giant bad-ass bosses and lots of challenges and collectibles. All that said, the game suffers from common issues of a tiny development team.

To me, the most frustrating issue is frame rate. On Windows 7, with a GTX960 card, I had constant stuttering. Even the level selection area had a lot ton of it, and it seemed to be connected to certain in-game effects as some levels barely stuttered. My system is a solid mid-range gaming PC, and far more intense 2D and not games have given me no trouble at high quality settings. This is something that can hopefully be resolved with some bug fixing and performance patching. I do hope the developer sees that through, but it’s frustrating that these bugs made it through development without being caught. 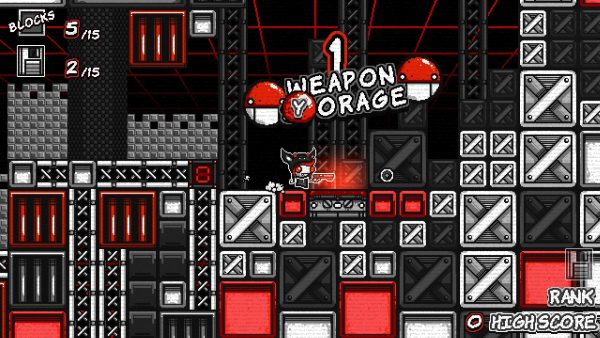 This should not cause stuttering

There are design choices that were made that I don’t think a larger team would have let through development. For starters, the color palette. The game uses a few shades each of red, white and black. That’s it. I think the intention is to give it a penciled, kids comic book like feel and in that regard it succeeds. The problem is in actual game play. Telling everything apart is difficult at times, which blotch of grays of reds are enemies and which are the level itself? The limited palette, heavy gore and constant effects combine to make screen mush. Even with this, it was easy enough to get through any level with a C on the first try (challenge levels excepted). How to improve my score was never made clear after any attempt, though. 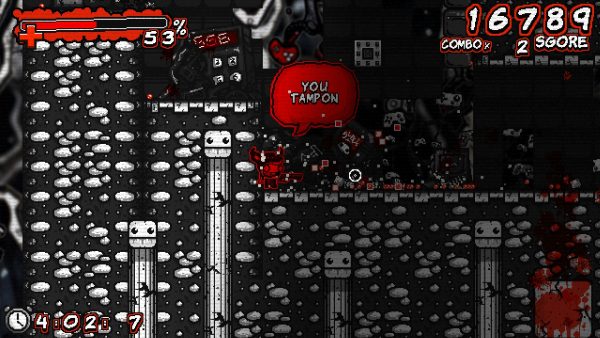 Somewhere, I’m sure, a 9-year-old is giggling

A further issue is the writing. If I were still a kid living in the nineties, I probably would have found it cool or edgy. Sort of like a low quality Invader Zim. As someone over the age of 16, though it comes across as sophomoric, dull and uninventive. Not only that, but there are many basic spelling mistakes littered throughout. Since this is an action oriented platformer, it could have been excused, but there is such constant dialogue and it gets right over parts of the screen I need to see to play. Honestly, I’d prefer the game if it simply didn’t have the running commentary and dialogue between you and your bat boyfriend. The writing is there though, and pretty constant as you mow through enemies. Ironically, the game likes to try and make fun of indie games and the people who enjoy them while falling into almost every trope it mocks. If it were more self-effacing it would be funny, but it’s not. The low quality of the writing makes the jabs at other indie games sad, like you’re trying to piss off your customers. 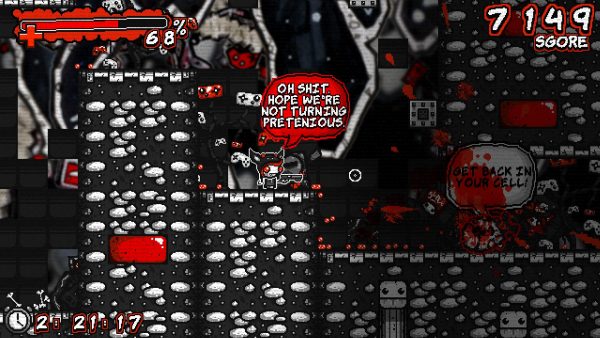 Not with that spelling you aren’t

This game had a lot of potential for me. I like almost every category it fits in: comics, music, pixel art, punk music, and platformers. I had really hoped to enjoy this game, but simply couldn’t. Some parts of it would be easy enough to iron out. I do hope the poor spelling and random stuttering are worked out before long. The other issues are just too much a part of the game itself to ever be resolved. I respect that the developer stuck with their choices, but it comes out as mush. Graphics that stutter and run together, writing that comes across as insecure for the games’ own genre, and seemingly inconsequential level scoring. All of this leads to me not being able to recommend this game. 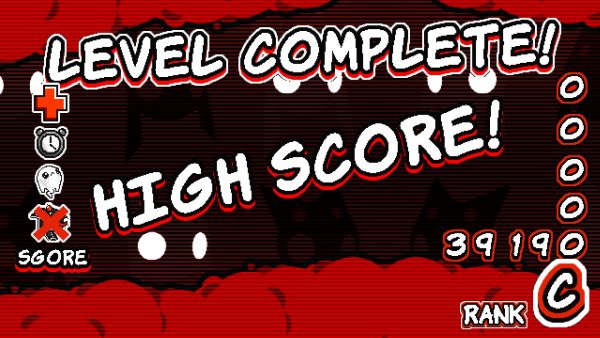