Loot Crate brings some of the best geeky nerdy gamer gear to the table already with their subscription boxes, and now anime fans are going to be able to get in on the action. Crunchyroll is of course the best source for streaming anime on the internet, and one of our favorite partners (try a 15 day free trial on us!) This is practically a match made in heaven as it will grant much greater access to the folks from loot crate to Crunchyrolls extensive network of Japanese contacts for licensing.

The first crate to feature this match made in heaven will be themed as “UNITY”. Loot Crate says that “the new partnership will bring increased access to licensors, discounts for Crunchyroll premium members, and Crunchyroll branded items to the new box. I recently did an unboxing of my first ever Loot Crate Anime and I could have been happier with the variety of quality of the included items.  Now lets take a look at what Loot Crate says will come with this new subscription and what benefits you will get if you already subscribe. 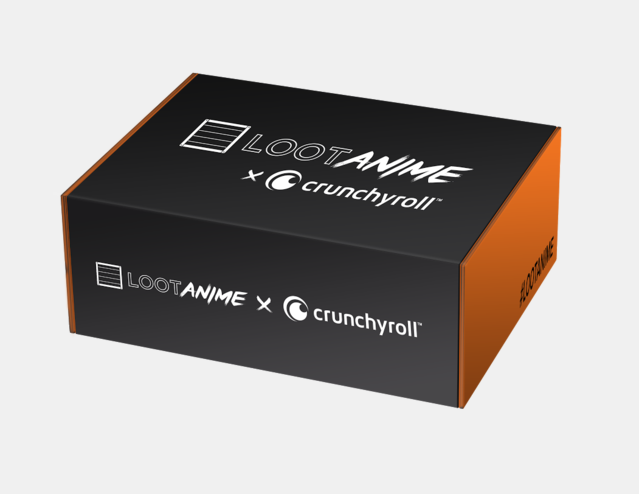 A match made in heaven, I think so just look how pretty the box is!

Those are some pretty awesome benefits, I love Crunchyrolls cute orange themed mascot (dubbed by Crunchyroll as Hime Chan) and would love to see more of her on soft goods like hats and socks. I am eager to receive my first month’s box and see what’s inside. So far we know the crate will feature Crunchyroll’s Hime Chan and Loot Anime’s monthly theme mascot (whom has no name yet). The Unity crate will celebrate characters coming together to achieve greatness and will feature four exclusive from the following franchises: “The Boy and the Beast,” “Dragonball Z,” “Fullmetal Alchemist” and “Yo-Kai Watch.” Additionally the box will be rebranded as Loot Crate anime x Crunchyroll and items (and im guessing the box) will feature both Hime Chan, and the unnamed box mascot.

Existing Loot Anime members will not need to change anything and will still get their crates just like normal. The first Loot Anime x Crunchyroll crate is on sale today and offers exciting and new member benefits to Loot Anime and Crunchyroll premium subscribers: 5$ off of their loot crate! For 3, 6 and 12 month Loot Anime x Crunchyroll subscriptions, the discount will be an additional $10, $20 and $40 respectively.  It’s a pretty great vale with each crate being valued at about $60USD, and if you are a fan of anime who maybe can’t make it to conventions to get merch, or just wants to collect cool things like funco pops, and T-shirts that no one else can get, this new marriage of Loot Crate and Crunchyroll is for you.