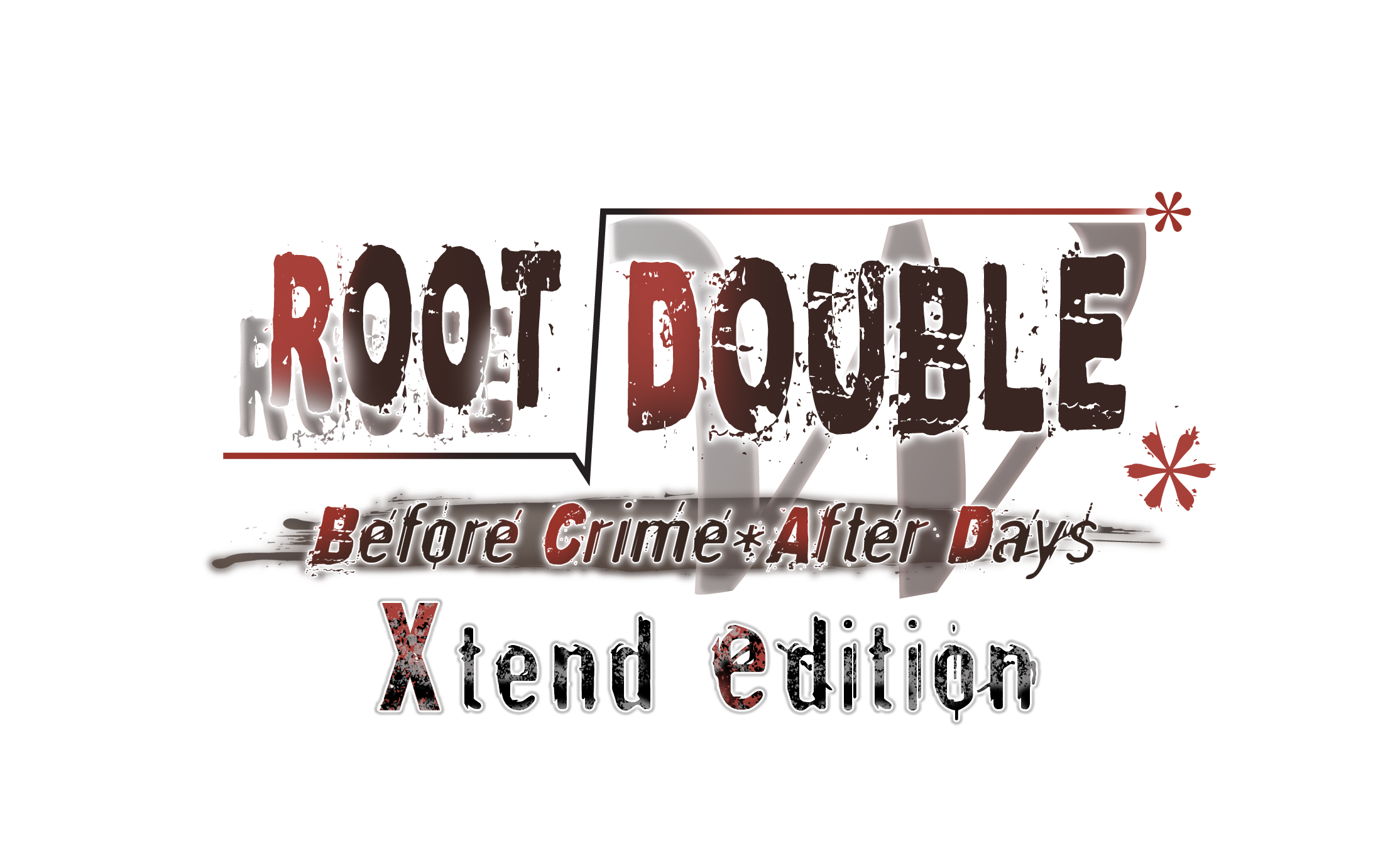 A  VN Review by: Szko

Trapped in an underground facility with no exit, in a race against time as radiation levels threaten to kill you, and far too many people to save. This is the premise of Root Double -Before Crime * After Days-.

Root Double is a Visual Novel created by Regista and Yeti and released in Japan back in 2012. Thanks to Sekai Project the Xtend Edition of the game received a worldwide re-release in 2016. For those that don’t know a Visual Novel or VN is basically a book with pictures. Text appears on the screen and you either click the mouse or hit the enter button until it goes away. If you actually want to enjoy the game you’re going to have to read it though as that is where the content resides. The bulk of the gameplay for a visual novel consists of hitting the enter button. However, a lot of visual novels have a system where there are multiple routes or possible stories and story endings. It is like a choose your own adventure book you occasionally are given a choice to make which affects the outcome of the story if you get a bad end or a good end. 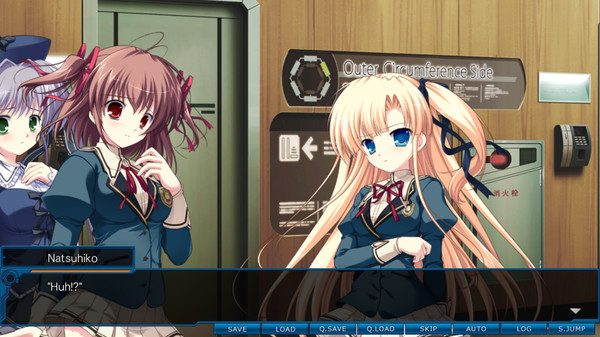 Root Double goes a different route and instead of allowing the player to make direct choices about what action the main character will take they choose to use something called a Senses Sympathy System. Basically what this does is allow the player to say how much they trust the other characters in the game, and that will determine what actions the main character takes through that part of the story. At the beginning of every section of the route you set if you have a high sense about the character which means a good impression of them or if you have a low sense or a bad impression of the character. Not all the characters are relevant for every part of the story so the player only sets how they feel about the relevant characters.

This system seemed designed to reflect how the main character would actually determine their actions in the situation the game presents to the player. Should you trust the doctor or should you trust one of your subordinates. Maybe the school kids can be relied on? As an adult you surely can rely on the highschoolers to get you through this dangerous situation. It should be noted that it matters where you set the impressions of the other characters as setting everything to max can get you killed. I found that out very quickly in what seemed like a situation specifically made to teach the player not to do that. Impressions should be set relative to each other. There is also a mechanic that allows you to gain favor with the other characters, but it mostly seems to be if you have a high impression of them and do what they say then they like you. Imagine that. Honestly it really seemed to be that you just had to pick a character and hope you picked right for the given scenario. 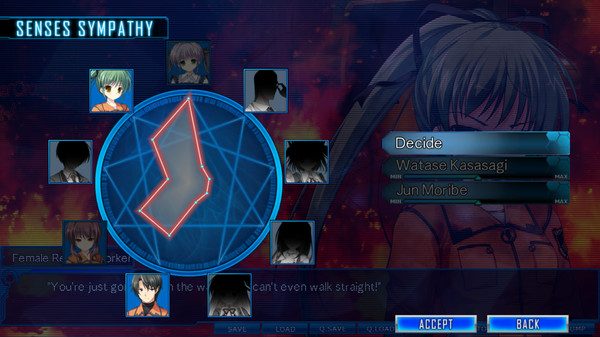 There are two possible characters you can choose to play when you start. One is a school kid and the other is a fireman. The game starts out with fire and explosions all over LABO. That stands for something, but it is more fun to just say LABO. Meanwhile the people working at LABO are running around and freaking out. A female researcher comes in and shuts up all the morons, and introduces the elite special firefighting squirtle squad, Sirius. Apparently these guys are the shiggity. They all wear yellow hazmat/fire suits. Sirius goes into LABO and quickly discovers two dead researchers. They run into this little girl in the nuclear facility, and the then the captain of Sirius ends up fighting some mysterious guy. When he wakes up he has amnesia. Yep, they gave the main character amnesia. For whatever reason he doesn’t have his suit on anymore. He also has delusions that he isn’t in his own body. Anyway, the main character/the captain quickly meets up with his two subordinates. One of which has a bow in her hair. She was wearing the bow under the hazmat suit to go fight fires in a nuclear facility. The game walks you through a basic tutorial and the captain of the firefighting squad is amazed that water puts out fire. That might be the amnesia talking. Rather than spoiling the plot I’ll just say that overall the story does a good job at building tension and getting the player to make sometimes difficult choices about who they should trust in a pretty screwed up situation. Replay value is high because of the different routes, and choices to make.

The title music of the game is chill and rhythmic, and I spent about five solid minutes just going through the different options listening to it before starting the game. Music for the game in general was engaging without being distracting which for a game you have to read is nice. The explosion sound effects are very loud, but don’t really sound like explosions. Voice acting was done for the dialogue. Sound effects like footsteps where adequate.

Graphically the game looks standard. A lot of the characters look like you could’ve pulled them from any other visual novel or anime and they would have fit right in. Reuse of background and frames throughout the game. There is translation of some of the signs in the game which I thought was a good touch. Root double is a good game to play if you like visual novels or just need something to do to kill a few hours every so often. The tension the game creates between the player, the npcs and the scenario is legit enough to provide hours of entertainment.