RPG fans looking for their fix from the Shin Megami Tensei series will get their next chance to check out a new entry in the long running franchise with the release of Shin Megami Tensei IV: Apocalypse on the Nintendo 3DS this summer.

Today in a press release Atlus USA announced that players who pre-order the game or pick up a 1st print copy on launch will get a little extra bonus with their physical copy of the game – a set of 3 metal pins inspired by the game. 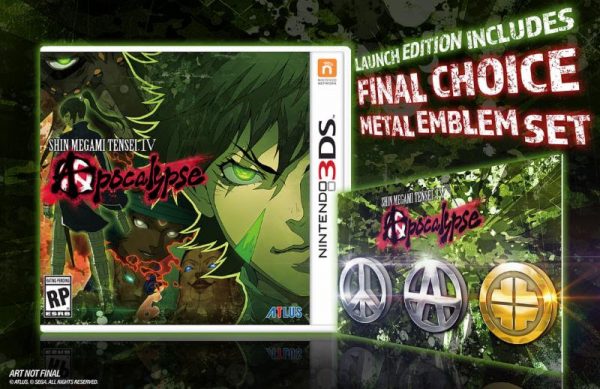 In their press release Atlus USA highlighted several key gameplay features. They are as follows: