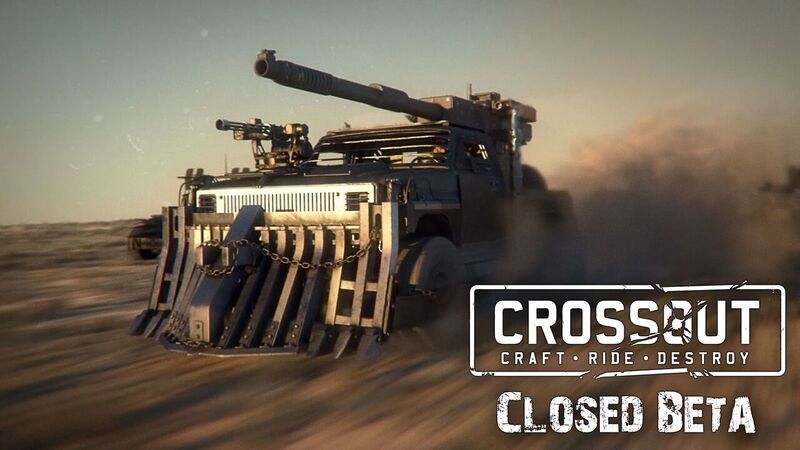 Our two winners were: OG Nico Givenchy
and
Roland Sajovoelgyi

Today at Pax East I had the chance to get a hands on play test of the newest vehicular combat game on the block Crossout, made by Gaijinn entertainment the company’s own Alexander Trifonov gave us an interview and walked us through the basics of the game and Rae got a chance to go hands on. The game is at its core a sort of loot based MMO with vehicles instead of bipedal characters.

The game play looks fantastic, its set in a post apocalyptic world where you spend your time crafting, looting, and driving around blowing things up. The game will be free to play and wont include any feature gating and  will feature some new and interesting mechanics. One of the main Mechanics of the game is building your car. You will start out with a small vehicle, and throughout the game be able get more weapons, and other pieces to add to your vehicle, and even build some new ones.

The whole community of the game will be able to build and share their cars and other types of vehicles with the rest of the game. This means that if you cant decide what you want to build you can just pull something down from the web, and as long as you have the parts you can build it. This aspect means that even the most uninventive person (like my self) will still be able to sport a cool mech like this one. 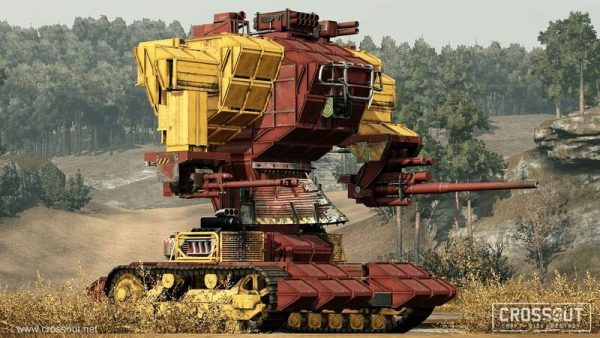 Is this a Vehicular combat game or METAL GEAR!

Since this is a loot based game your going to spend most of your Time in PvE which is what we got a demo of and what will be most of the games content. The main objective will be to go out blow up vehicles, and bring back their bits, to improve your vehicles.

Building, is only limited by what you can imagine, and the parts you have available. Each vehicle will have weight and an amount of available power, which you can use to fit things on to your to vehicle. Building will be regulated by a 100% controlled player controlled economy. Only players will be able to add or subtract from what is in the game economy. This idea is similar to EVE online where players take control of whats made via blueprints and and mining. For now mostly what we know is that there will drops of crates, which will contain the games items, and players will be able to loot these for later game supplies.

Perhaps most interesting of the features we got to see was how end game content is going to be handled. This is a loot based game, your car will be PvE fighting other cars to get loot drops. Alexander even described the game as being all about loot.  During our preview I was able to see that there are at least four rarities of loot to pick up. So lets say you are a top level player, and you have the very best PvE vehicle you can build. You can make that vehicle in to an PvE end game mob which a group of players can then take on.

Accorind to what we were told, nothing in the will require money to unlock, all content will be avilable to all players either free or paid, and anyone who buys in with founder packs will retain their items after a final server wipe when the game gets ready for release around December of this year. 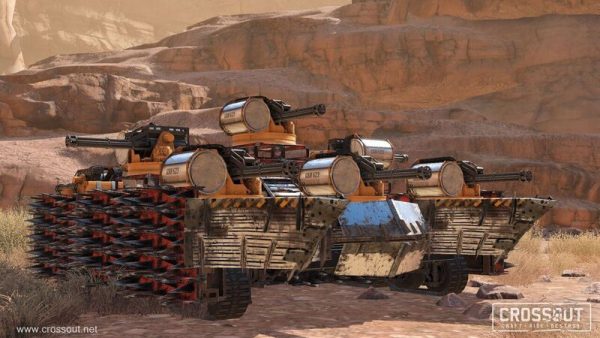 If you paint it red does it go faster?

The game is currently in Closed Beta, but we have keys! Make sure to comment on this post if you want get in, and we will do a drawing in a week, on April 30th.