If this weekend’s open beta for the latest doom just isn’t scratching that itch for demon infested combat on Mars then perhaps Doom III: Redux is for you.  Developed by Clear_Sterlock originally for just for his own enjoyment, Doom III: Redux adds a number of enhancements including cleaned up/higher resolution textures, audio fixes for the game’s audio-logs to make them sound more authentic and even the inclusion of cut content from the 2002 E3 leak!

Certainly this was no small undertaking especially for one person. Describing the current state of the mod, Clear_Sterlock wrote a rather long blog post about the current available build – 0.95b and what lies ahead for the project as he approaches the huge milestone of 1.0

In part he wrote:

“First, I’m going to upload the version 0.95b of the mod on april 15. The mod is perfectly stable and polished in it’s current state but while a few friends have already tested it, I know from experience that a first release never comes without its share of unexpected bugs. Therefore, that version of the mod will be online for a few weeks and will eventually be replaced by the 1.0 version, which will add some features that I won’t be able to finish right now and also fix any potential issues.” 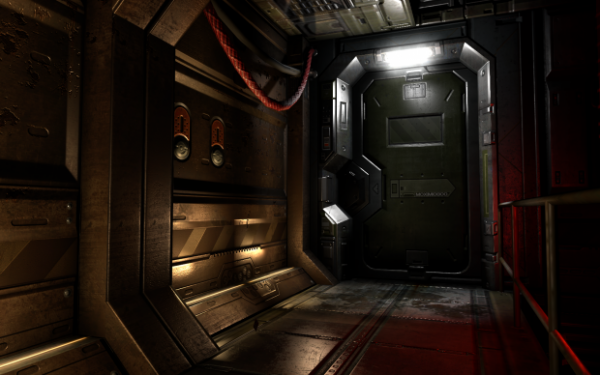 If you own the original Doom III through Steam or physical DVD / CD I highly recommend you check out Doom III: Redux on ModDB. Clear_Sterlock’s work is damn impressive.