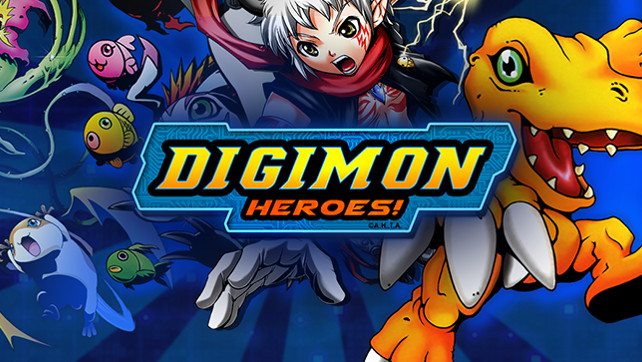 Bandai Namco has released an new update for their mobile game Digimon Heroes! which brings a new storyline and Digimon characters. Digimon Heroes!, which has reached almost two million downloads since the game’s launch, is available to download for free from the App Store and the Google Play store.

In the latest update, players will have access to the new Aegiomon and the Olympos XII storyline. As gamers embark on their journey, they will unlock new episodes of the storyline, as well as powerful new Digimon. The story of Aegiomon and the Olympos XII immerses players into an ancient tale about a peace-loving Digimon forced to fight against invaders, pushing Aegiomon to unleash his own hidden power. Each episode unravels a new cut scene, immersing players deeper into Aegiomon’s story.

Digimon Heroes! is an action packed card battle game that features a unique match-3 battle system and lots of adventures! Delivering fun card battles that are easy to pick up and play, the game also offers powerful card combinations and exhilarating strategic depth. Players battle to become a DIGIMON Hero, tasked with saving the world from digital crisis. Digimon Heroes can build the strongest DIGIMON Army through digifusing and digivolving cards, and matching Command Cards to form chains that will devastate enemies. Digimon Heroes! features an all-star cast of over 1000 fan-favorite DIGIMON and legendary characters, past and present.