Rising Star Games have today announced that they will bring the much beloved Assault suit Lynos 2D game to PS4 and PC. Drawing from the fantastic action of the classic 16-bit series (also known as Target Earth), the Assault Suit series is well-known for fierce and fast shooting action, challenging boss battles, and an amazing array of weapon options. Assault Suit Leynos stays true to these gameplay elements and delivers HD visuals for the ultimate alien-blasting experience.

The slick production values and fast-paced action make Assault Suit Leynos an incredibly addictive game,” said Martin Defries, managing director of Rising Star Games. “This title is both challenging and rewarding and a great example of the type of game, borne out of Japan, that we love working with here at Rising Star Games. Fans of old-school shooters will absolutely feel that familiar thrill and quickening of the pulse when they start blasting wave upon wave of enemies. 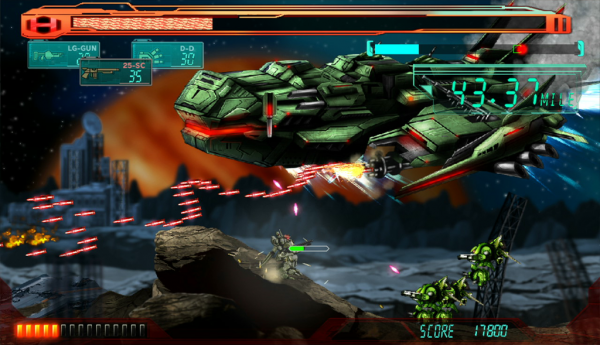 This is the old graphics, they will be updated.

Developed by Dracue Software, Assault Suit Leynos will be available summer 2016 on the PlayStation 4 computer entertainment system and PC through select digital retailers. The physical boxed release of the PlayStation 4 version includes a deluxe double-sided poster featuring artwork from the Japanese release as well as original art from the classic 16-bit release. For more information, follow Rising Star Games on Twitter and visit the official Rising Star Games website.